Have you ever considered how much money is enough? Everyone will have an idea of the amount of money that they need to consider themselves wealthy or to have achieved financial freedom.

So what is your number?

I ask to trigger your subconscious to begin to think about what financial freedom or being wealthy looks like for you.

But here is the problem…

The biggest reason why more people aren’t wealthy is that they think wealth is something outside of themselves. They think it is a number that they have to attain. 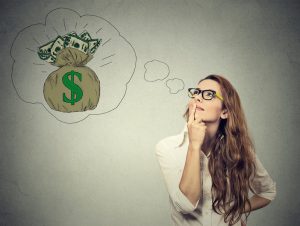 What is Real Wealth?

But real wealth is not a number, it is an emotional state…

Real wealth does not come from you achieving some financial goal.

The simple fact is that once you achieve that financial goal, you’re just going to set another one. As an achiever, you will never be satisfied with standing still. Once you have one million dollars you will almost certainly decide that you now want two million dollars and so it would go.

You will want to keep achieving more goals… so you will set bigger and bolder targets.

It’s actually the best way to avoid a goal hangover. That feeling you get when you set a target and achieve it and it doesn’t feel that special when you get there. So you need another goal to give you purpose and passion.

Sure, there will be a point in your life when you have enough money to be considered wealthy.

But I recommend that you place less emphasis on the number and more on the journey.

The Shortcut to Wealth

I learned this concept from Christopher Howard who explains there is a way to feel rich now even if you have a low bank balance.

He suggests that you can live in a state of wealth consciousness by living in an attitude of gratitude.

Simply put, it’s an attitude where you focus on those things that you do have in your life now and feel grateful for them on a regular basis.

He provides a simple strategy you can use every morning to start your day with an attitude of gratitude. 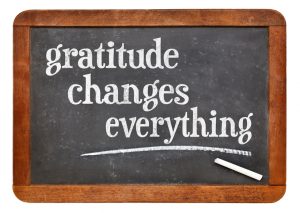 Each morning when you wake up, think about five things in your life that you’re really grateful for.

This process sets you up at the start of your day in a state of wealth consciousness because as I have explained before, what you focus on expands. I also do this process of a night before going to sleep, either works.

By focusing on what you have, instead of what you don’t, or what you desire, you will instantly feel more wealthy.

In addition, if you live in an attitude of gratitude for what you have, you will enable the wealth you already have to expand as you continue to set new goals and strive to achieve them.

From this space, you will start attracting those goals like a magnet attracts iron filings. You will be more open to opportunity and to receiving…

However, if you attach the feeling of wealth to the attainment of goals or a number, you will never achieve that feeling of gratitude.

So to start to feel wealthy today, start by being grateful for what you have already.

Money is not Happiness

You have probably heard of or even know people that seem to have it all, including money, but they aren’t happy.

If you have followed my posts for any length of time now you will know that I believe you and your mindset are the most important components to achieving wealth.

By managing your mindset and by extension your emotional state, it will enable you to be successful.

The secret to living a wealthy life is detaching from your bank balance and instead focusing on the choices you make about your attitude toward what you already have in life.

And by focusing on the now and having goals for where you want to be in twelve months, five years, or ten years, you will be far more efficient and effective in progressing forward with your wealth creation goals.

This is a realisation that I took some time to understand and more importantly implement. I was focused on becoming a millionaire so much that I lost sight of how I was going to get there, and worse, I lost sight of what I already had.

The moment I let go of the millionaire dollar target and instead focused on what I already had, and on what I wanted to achieve with my life, everything became clearer and easier.

It is one of those strange ironies in life that when you let go of something that you want so badly, it seems to come to you so much easier. And that is what happened to me.

It was the day that changed my life…

So this week introduce the habit of waking up and identifying five things that you are grateful for and start to enjoy the feeling of gratitude.

And stop worrying about how much is enough…

You already know that when you get to what you think is the number, you will already have a new number to work towards.

Leave me a message and let me know your thoughts about developing an attitude of gratitude.