Now that the dust has settled on the United Kingdom’s BREXIT decision, I want to reflect on what you should do in moments of investing uncertainty.

You will know by now that I consider an investor’s mindset to be the most important ingredient to success in creating wealth.

When investing uncertainty exists in the financial markets, your mindset will be a crucial factor in how you manage the circumstances and ultimately whether you succeed…

The uncertainty that still remains about how the UK will manage the exit from the European Union means the turbulence in financial markets is not over yet.

The potential for further investing uncertainty requires investor’s to be diligent.

Investing Uncertainty at the Extreme 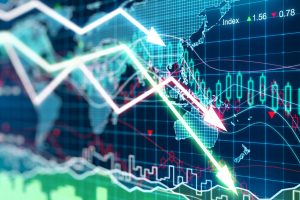 Instead, it is a reflection of what happened and how you would have managed your mindset in the circumstances.

In short, leading up to the BREXIT vote, all the commentary suggested that the REMAIN vote would be successful.

The financial markets, including stock and currency markets, all factored in a REMAIN vote.

Then on the day of the vote when the first results started becoming known, it was clear that the LEAVE vote was doing better than expected.

And in a matter of minutes billions of dollars of value was being wiped off stock and currency markets across the globe.

The more results that came in indicating the LEAVE vote was doing well, the further the markets fell.

Now this is where I want to explore the story…

What Would You Do? 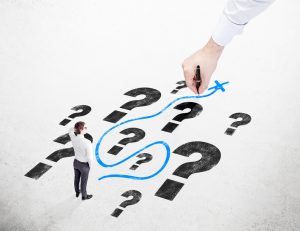 As an investor, how would you manage this situation?

There are a number of scenarios that could play out. The normal response of people in these situations is to panic.

However, to be a successful investor, panic is not a mindset characteristic that you want, especially in times of investing uncertainty.

To protect, or insure, against these type of situations, which may not happen all that often, but do come along enough for you to need to know what you would do, the first thing you would want is a plan.

A plan that has been written in advance, under far less stressful circumstances, should give you the guidance of what to do. Your actions become programmed in accordance with your plan.

Emotion is removed, panic is non-existent and you just do what your plan outlines…

Can you see the advantage of this system?

Of course it is one thing to have a plan, and to know what you should do, BUT the hard part comes when it is time to do or not do something under the pressure of the moment.

If you have doubts, or have not removed the limiting beliefs from your financial programming, this may be where your strategy comes unstuck.

This is why I have spent more than 20 years studying what successful wealth creators do.

Understanding their approach to investing uncertainty is just as important as understanding how they have created their wealth. 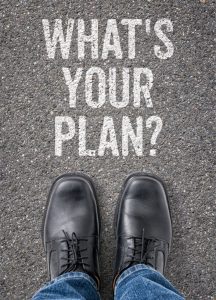 The thing that separates the successful from the rest, is that they know in advance what they are going to do under all different market scenarios. They have a plan and they stick to it.

Emotion is removed from investing decisions… All decision making is programmed based on what is in their plan.

It might interest you to know what has happened in the two weeks since the BREXIT vote.

The fascinating thing is that the stock markets have effectively recovered all of the losses that occurred in the two trading days after the vote, and in some cases have climbed to even higher levels than pre the vote.

As I mentioned at the outset, there is still significant uncertainty surrounding how the UK will manage their exit from the EU, so the potential for more investing uncertainty exists.

So before you consider what might happen in the next few months to stock markets, or currency markets and even property markets, take the time to write a plan that outlines what you would do under the various scenarios that investing uncertainty presents.

Ensure that you consider all the options and have clear rules for what you would do. The less subjective your rules the better.

You want the plan and the rules within it to provide the appropriate action you should take under each scenario so you are not having to make decisions under the stress and pressure of turbulent markets.

As you know, stressful circumstances when money is involved don’t normally lead to the best decisions and therefore outcomes.

In the interests of full disclosure, my plan outlines that I stay out of markets when investing uncertainty is expected to be high or extreme.

There was enough evidence leading up to the vote that there was a possibility of extreme uncertainty.

So two days prior to the vote I closed open positions and remained out of the markets for a few days after the vote until I was confident that the uncertainty had subsided, for now.

Let me know what your plan suggests for times of investing uncertainty, and if you don’t have a plan, spend some time this week creating one.