Super rich, they are an emotional couple of words. So what is it that separates them from everyone else?

When I was younger I was living under an illusion. This illusion shaped how I thought I wanted and needed to be…

You see, if you are to believe what you see on television or social media, you are likely also to be a victim of this illusion.

It took me a lot of research and study to discover the reality.

So what is the illusion you ask… 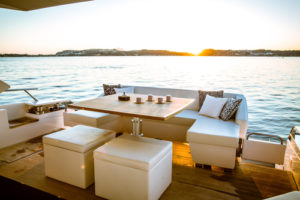 You and I have been led to believe rich people live an extravagant lifestyle, that they have the best of everything, are always at premiere events and dressed in the latest, best and most expensive clothes.

But here is the reality…rich people live a very different lifestyle.

Sure, there are actors, music stars and a number of sporting stars that do live like the illusion suggests. However, when it comes to you and me, financial freedom has a very different picture.

Frugal is a behaviour characterised by or reflecting economy in the use of resources. Even the definition is boring.

In some social networks, being frugal is often referred to as being tight with your money and therefore comes with a heap of negative connotations. Who wants to be known as the tight one in the group, right?

The opposite of frugal however is described as wasteful. When it comes to money, being wasteful is reflected in lavish spending and hyper-consumption.

The problem we have, and the basis of the illusion that we have been living under, is that being frugal isn’t exciting.

It is a lot easier, and more fun, for social media and television to promote flashy lifestyles. It feeds the social gratification we seek.

We are lead to believe that if you have money, you spend lavishly, and if you don’t show it, you don’t have it. A vicious circle being formed right there.

The more we make, the more we want to spend. It’s the instant gratification gene kicking in again.

Well, it turns out the reality of the rich person is a completely different picture…

Live Below Your Means

In my time studying and researching rich people, one of the most striking lessons I learned, is that they all live by one mantra…

Live below your means!

The rich understand that it is difficult to support a high consumption lifestyle and become a millionaire, or to achieve financial freedom.

So to manage their spending, to achieve living below their means, the rich all have this rather surprising habit…

Not only do they live below their means, they do it by being frugal, in a smart way. 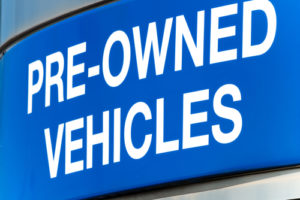 When it comes to lifestyle spending, they are not like what you see on television or social media. Instead they are more likely buying second hand cars rather than new, or they are buying clothes from the same shops that you and I do, and not from Rodeo Drive.

There are many examples of people who have suffered this outcome. It is suggested that Michael Jackson, a known hyper spender, unfortunately passed away virtually broke.

The Reality of Rich Habits

Now I don’t want to paint a picture that getting rich is simple. In fact, that is part of the problem for most people.

They see the actors, music and sports stars who come into large amounts of money quickly, live the rich lifestyle and think that is how success with money is achieved.

It is also why ‘get rich quick schemes’ are so successful in taking your money. People are looking for the quick result.

However, the reality is that the true rich people, the ones who start out just like you and me, they know they have to work on their habits.

It’s like a runner that is fit, they run to stay fit even though they don’t look like they need to. They have developed discipline and understand that they have to keep it up to remain in good condition. 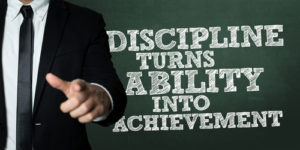 Becoming rich and achieving financial freedom is about traditional values of hard work, discipline and at times sacrifice.

Living below your means in modern society is damn hard. The desire to keep up with your friends and the pull of instant gratification are temptations that are difficult to resist.

What I have learned the hard way, is that the smart and efficient path to financial freedom, is to live below your means, to be a little frugal when it comes to your lifestyle and to make these your habit.

Next time you are out, have a look around you, that person that looks just like you, could very well be a multi-millionaire enjoying the financially free lifestyle that you are striving to achieve.

Leave me a comment and let me know how you can apply this habit to your life today.

If you are ready to take control of your money and secure your financial future, CLAIM your no-cost brainstorming call with me TODAY. Just click this link and scheule your call NOW.

3 thoughts on “Most surprising habit of the super rich”