A guarantee to achieve financial freedom…

This is not a get rich quick idea, it’s not some fancy investing tip and no I haven’t gone completely mad.

There is a way to guarantee financial freedom, and the good news is that it isn’t hard or complicated. It’s simple, but not easy!

But before I give away the magic, let’s look at some of the things that might prevent you from using this simple technique.

The Problem with More Money

There is a theory known as the Hedonic treadmill or hedonic adaption.

This theory suggests that humans quickly return to a relatively stable level of happiness despite major positive or negative events or life changes.

What has this got to do with you and your money you ask?

Let me answer that with another question.

Have you ever noticed that no matter how much money you earn, your finances are always tight?

When I first started working as a teenager earning $3.05 an hour, money was tight.

According to the hedonic treadmill theory, as a person makes more money, expectations and desires rise in tandem, which results in no permanent gain in happiness.

Effectively the theory compares the pursuit of happiness with being on a treadmill, having to keep walking just to stay in the same place.

Instead of staying in the three star hotel, now you look at the four star hotels.

Instead of getting around in your 1994 Toyota Camry, now you want the new Nissan Pathfinder or even the Lexus.

I could go on…

There is never a point where you say to yourself, “I’m going to spend more money now because I make more.”

And it is ruining your financial dreams.

True wealth is built through the power of compound returns. See the magic in this table here.

And on it goes…

However, if you spend that $1 before you send it out to make more, you will never build wealth.

You will be stuck in money stress forever.

Rather than your money earning you more money, your money will be used to try to maintain a lifestyle.

Every raise, bonus, extra dollar will be used to perpetuate the myth that you need to keep going on this merry-go-round…

If only you could earn more money, everything would be better then.

More money is not the answer to building wealth and it isn’t how to guarantee financial freedom.

The guarantee to financial freedom is simply to ‘spend less than you earn’.

I know, it’s not sexy, it’s not new, and it’s not complicated…

BUT, it is simple, it is proven and it is life changing. 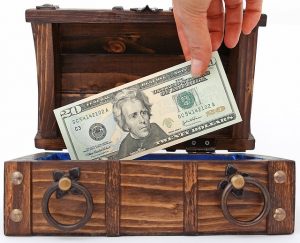 I have learned a lot from successful people of the past, and Benjamin Graham long ago described this phenomenon as ‘live below your means’.

In the next few years you are going to make more money.

Perhaps it will be from a promotion, new job, or a new business you start.

Instead of spending all of this extra money, let’s consider an alternative scenario.

Let’s say you have an extra $500 per month in your take home pay.

Most people according to the hedonic treadmill will just upgrade their lifestyle with more stuff or more expensive stuff.

Instead you start to do the one thing that will guarantee financial freedom.

You Pay Yourself First…

And you start to use the smart investing tips I’ve given you and the money keeps building.

It doesn’t take much time for this money to accumulate and start building your true wealth. In fact, with $500 per month I can show you how to turn that into a seven figure net worth. In less time than you woud think. Click here to schedule a call with me to learn how you can do it.

And, as you now know, the cash flow from this mounting balance is what will set you free from the money stress merry-go-round.

One of the things that became apparent to me as I studied money and people who have been successful with money, is that it isn’t money that makes them happy.

We have been conditioned to chase the next big thing, to have the shiny new toys, to keep up with the Jones’, but that is not what I want for you. 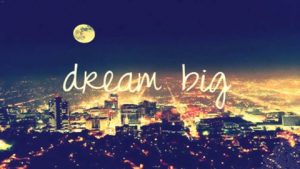 Achieving financial freedom and curing money stress is about the things you can have, be and do when money is no longer an issue in your life.

It’s about choices and experiences…For you, your partner, your kids, family, friends and community.

So to guarantee your financial freedom, spend less than you earn.

Leave me a comment below and let me know how you can apply these ideas. Please note that your comment won’t appear straight away, we need to approve it first (it’s to keep the Robots away)

In this session we create a crystal clear vision for ultimate success, uncover hidden challenges that may be standing in your way, and you leave the session feeling renewed, re-energized and inspired to get results faster and easier than you thought possible!
Click here to claim your FREE Coaching Session