Mindset traps sounds intriguing, doesn’t it? For years, I heard about this allusive thing called your mindset and how it controlled your success, yet I didn’t really buy it.

I would attend the conferences, read the training material, study stocks and property data, and yet results weren’t what I expected.

I even used to gloss over or drift off when the conferences or training started to discuss mindset.

It wasn’t until I read Awaken the Power Within by Tony Robbins all those years ago that I finally grasped the importance of mindset to success. It was a big deal for me.

What goes on in our minds affects everything, and I mean everything, including how much money we have. 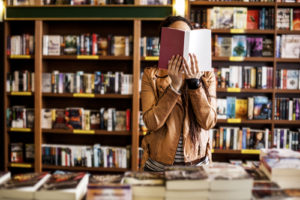 This is when I started reading and studying wealthy people, to find out what it was that they had that I didn’t. It didn’t take long to realise that wealthy people really do have a different way of thinking, especially about money.

Once I understood this money mindset, the difference to my results was staggering. Suddenly I went from struggling to build my wealth to making giant leaps forward in a very short space of time.

Overcoming the mindset traps that hold you back is the single most significant thing that has lead me to where I am today. And the great thing is, it is something you can do too.

Until recently I didn’t know that Bill Gates had tried to start a business to solve traffic jams. The device he and his friend Paul Allen had developed actually failed during a demonstration, and the business collapsed as a result.

Instead of giving up, Gates and Allen learned from their mistakes, looked for new opportunities, and kept believing they could be the best software creators out there.

As we now know, they formed Microsoft, and that company led to Gates becoming the youngest billionaire ever. Not bad for someone who failed at first, right?

Gates never let a fear of failure, or even actual failure, stop him.

He kept persisting, kept moving forward, and that is what makes a successful wealth creator.

I’ve missed more than 9,000 shots in my career. I’ve lost almost 300 games. Twenty six times I’ve been trusted to take the game winning shot and missed. I’ve failed over and over and over again in my life – Michael Jordan

When it comes to mindset trap number one, it is fair to assume that as you embark on the path to wealth and riches you will experience some failure, but you will also have much success…

Mastering your mind is the most powerful thing you can do to steer yourself down the road to success!

Thought #2: “I don’t have the time or energy for money matters.”

She was at rock bottom, but she knew — knew — she was supposed to tell Harry’s story.

So whenever she could, she lugged her typewriter (and often her young daughter) to coffee shops, and she wrote. Then she sent queries to thirteen publishers until eventually one said yes. 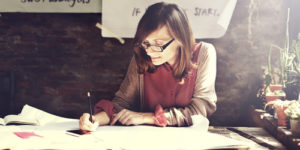 Rowling’s determination and discipline enabled her to push through the rejections and obstacles that were apparently in her way.

Now her net worth is in excess of $650 million, the Harry Potter books make up seven of the top ten all-time best-sellers, and her stories have become movies, theme parks, and more.

With the right mindset and a dose of willpower, you really can find the time and energy to make your dreams come true.

I was recently in Disneyland with family and friends. The place really is magical. It has something that attracts millions of people over and over every year.

What is most striking about Disneyland is that it was a vision in Walt Disney’s mind first. He ignored all the people who said he was nuts to even think about building Disneyland.

Disney just didn’t care, he didn’t listen to the naysayers. He pushed ahead and invested his own money into the project to make his vision a reality.

Six decades later, there are over 500 Disney resorts, hotels, cruises, and adventures. If that’s not inspiration to dismiss the doubters in your life, I don’t know what is.

When you stop caring about other people’s opinions — and that scared, cynical voice in your head — it’s much easier to be successful.

“You probably wouldn’t worry about what people think of you if you could know how seldom they do!” – Olin Miller

Let’s not worry about what others think of your dreams and goals. Instead, take the steps to pursue your dreams and build wealth for your future self with confidence and conviction.

There are so many examples of people who had every right to believe they couldn’t be successful. Helen Keller and Oprah Winfrey are two that come to mind quickly. 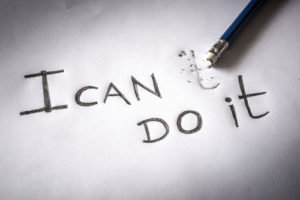 It is highly likely that if you have ever tried something new, you have experienced the ‘I can’t’ mindset trap.

But when you understand the power of the mind, and observe how people with some of the biggest obstacles are able to succeed, it is fair to say that the “I can’t” mindset trap is just wrong.

If Helen Keller can do so much without being able to see or hear, there is no doubt you can be a success, too!

I hope these examples inspire you, give you the confidence that you deserve and can be successful with money, or whatever you choose to pursue.

No matter which thoughts are keeping you stuck, you can master your mind and achieve your wildest dreams and biggest life goals.

Leave a comment and let me know what has held you back before, and how you are going to use these inspirational stories to go after your dreams.