Money affirmations are things that the wealthy believe and do that separate them from everybody else.

These are principles that they live by…

That drive their every thought and action.

I have to admit that when I first became aware of the concept of affirmations I was a sceptic.

I thought it was one of those things that people suggested successful people do, but that they didn’t really do.

After spending more time studying and interviewing wealthy people, I began to realise that money affirmations where not just some mysterious woo woo thing that was talked about but not actually practiced.

The truth is, every successful person that I have interviewed over the years has some form of money affirmations routine that they engage in their daily life.

That is worth repeating, every one of them have money affirmations as a routine.

The 7 Money Affirmations to change your Beliefs About Money

So over the years I have begun to collate money affirmations from books, interviews, social media and personal experience.

This week I want to share 7 money affirmations that I suggest you consider adding to your wealth creation tool box.

These are beliefs that the wealthy hold, that drive their success and separate them from everybody else.

1. The wealthy focus on earning, the poor focus on saving

Wealthy people know the importance of saving and investing, but they also know that wealth comes from serving people and solving problems.

By directing their attention to earning by serving others and solving problems, they know that they will accumulate wealth.

The alternative is a fear based approach. 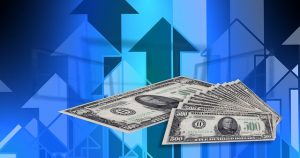 Most people are driven by the fear of loss and uncertainty and therefore tend to seek ways to protect their money. This isn’t entirely a bad thing, but it won’t bring true wealth.

This is never clearer than in times of a stock market crash or correction. The wealthy are looking at the opportunities, everybody else is terrified.

One group are operating from fear, the other have an abundance mentality…

2. The wealthy believe in leverage, the poor focus on hard work

You have probably been brought up to believe that you need to get an education, study hard, get a job and work hard and everything will be ok.

Well that is old school mentality, sorry to break it to you like that…

The wealthy know that there are things they are good at, and things that they should get others to do.

They use leverage to maximise the results from every action they take.

This is not just about leveraging money, that is, borrowing for wealth creation.

The wealthy know that they can’t do everything on their own.

They leverage the collective brain power of people around them, to enhance their results.

For the poor, hard work is some form of badge of honour.

The wealthy know that leverage is power. They still work hard, but they do it differently.

Think about how you could do things differently to start leveraging your resources for success.

3. The wealthy believe poverty is the root of all evil, not money

This is one of those limiting beliefs and mindset destroyers that I overcome in my Millionaire Mindset program.

If you hear this often enough, you start to believe it.

And worse, if you start believing that money is the root of all evil, you are not going to seek more money are you?

Why would you want to be something that society despises?

This belief actually originates from a biblical misquote…

The quote is actually ‘the love of money is the root of all evil’.

Knowing that if they can believe it, they can achieve it.

Once you believe from the inside, your results will follow on the outside.

4. The wealthy believe money is simple, the poor think it is complicated

The majority of people believe money is mysterious, it’s complicated.

The wealthy however know that money flows from ideas…

The more value they create, the more money they generate. 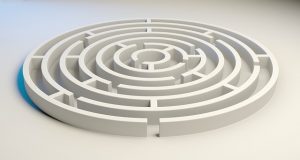 It’s as simple as that.

There is no mystery to making money.

It’s not that the wealthy are smarter, luckier or more educated…

The wealthy see opportunities and aren’t afraid to fail, they persist until they succeed.

Their mindset is once again full of abundance…

Understand that there is no mystery to becoming wealthy, it is just a case of overcoming your limiting beliefs and giving it a try.

5. The wealthy have an action mentality, the poor a lottery mentality

The poor love the lottery games because deep down they believe it is the only way they can get wealthy.

Unfortunately, they are probably right…

Their beliefs about money limit their financial success.

It is a self-destructive mentality…

The wealthy however have positive empowering beliefs about money that lead them to effective actions that build their financial success.

You’ve probably heard the saying that ‘talk is cheap’… the wealthy take it to heart and know that the only way to get wealthy is to take action.

Beliefs dictate behaviour, and behaviour leads to results. T. Harv Eker taught me that your thoughts lead to your actions which lead to your results.

Consider the actions you are taking to become wealthy, if there is room for improvement, consider the beliefs you have and build an empowering action based mindset.

6. The wealthy believe money reveals people, the poor think it changes them

Money is a source of good. There I said it…

Contrary to popular belief, money is not the catalyst of corruption.

In another of the money mindset destroyers, most people believe that money turns people into greedy, corrupt and uncaring dictators.

Can you see the impact of this limiting belief? 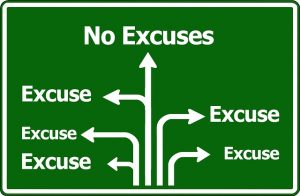 It’s used as an excuse by those wanting to claim a moral or ethical superiority, but struggle from week to week on their wage.

Becoming wealthy liberates and reveals a person’s true self…

Those that are not wealthy who believe money changes you for the worse, do so from a space of fear.

If they blame money for changing people, it absolves them of the responsibility of acquiring money…

They want to be good people right!

This type of belief almost guarantees you will never become wealthy, it will always be a struggle in your life.

The wealthy ignore the small thinking, the ego-based personality problems that consume others…

Instead they realise that success can only be achieved by using their available mental energy to think big.

They think that anything is possible, and live with the belief that abundance can be theirs. They operate from a level of consciousness where fear doesn’t exist.

Their focus is the destination, their vision and their passion.

It is like professional athletes, they operate at a higher mental awareness to the amateur.

Release your fear based thoughts from your mindset and steer clear of the doubters to raise your conscious awareness to a level that allows you to succeed.

There you have it, 7 money affirmations of the wealthy. This week I suggest you read one each day, and work on building the belief into your money mindset.

Practice reading these affirmations regularly and you will gradually see a shift in your thoughts, which will change your actions, which will lead to better results.

Leave me a comment, let me know how you can apply these money affirmations.

Get The 5 Steps to Smarter Money Management