Following on from last week, here are five more mindset principles that lead to financial freedom.

When you combine the two sets of five principles you have a very powerful set of tools to guide your money journey.

For some these mindset principles might seem too woo woo, and maybe you want to click away for the next juicy piece of money information…

…but before you do, consider that all the wealthiest people I have researched rank mindset as the MOST important part of their success.

It took me a while to understand the significance of this fact. I spent years chasing the magic strategy, the one thing that would light the torch to my success.

Despite all my looking, the answer was right in front of me all along. The most successful people in money, and any pursuit for that matter, have mindset sorted.

Your money journey will always involve stretching your limits.

Have you considered how you will react when you are making more money than you currently can imagine?

It’s a thing. If you haven’t got control of your mindset, these big wins could end up being very negative experiences. 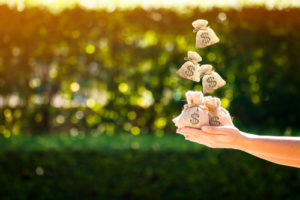 Here in Australia, two people have just won $50 million each in the lottery. Statistics suggest that one of them will be worse off in five years than they are now before the win.

How can that be? Well it is all about mindset. Knowing how to control emotions, fears and the many distractions or demands on the money will determine whether these people keep more of their winnings than they lose.

So here are the second five mindset principles that I learned from Harv Eker. Do yourself a favour and make these principles a key part of your money strategies. You will thank me later!

Remember that these principles are all effective, but not all will necessarily resonate with you straight away.

So identify a few and use them to start with. The rest will follow over time.

Just this week I had a call with a client who had used mindset principles to manage a difficult money scenario to derive a positive outcome. The power of focus resulted in a solution appearing that was better than expected, and helped solve some short term money issues.

This stuff works, I promise you.

Number 6: Learn from other Successful People

The fact that someone else has achieved what you want to achieve is a bonus. It basically means you don’t need to reinvent the wheel.

More importantly when it comes to money, is that there are others who come before you that have proven ways to make money. All you have to do is learn from them. 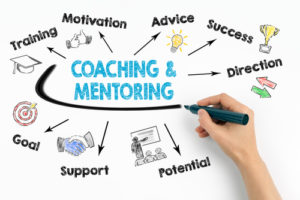 I’ve made it my mission to learn from as many successful wealth creators as possible. I would be happy for you to join me.

Number 7: What you focus on expands

This is a favourite of mine. Your thoughts determine your outcomes, so chose them wisely.

If you can focus on success and how to achieve it, your chances of success sky rocket.

If you focus on your existing circumstances, and think you can’t change them, you will likely be right.

You have probably heard the saying “right place, right time”…

This tends to be only part of the equation. In fact, right place, right time in my opinion is predominantly about luck.

When it comes to sustained success, you need to be the right person in the right place at the right time.

Opportunity knocks many times a day. It takes the person with the right mindset to recognise it and then take advantage of the opportunity.

This notion is why I am such a firm believer in the need to embrace these principles. By changing your mindset for success, the likelihood that opportunity will appear to you more often increases. Mainly because you will be open to the opportunity in the first place.

There is no way to sugar coat this principle. 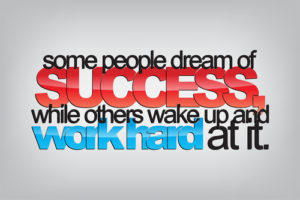 The simple facts are that rich and successful people will do the hard work. They do the things that poor people are not prepared to do.

It’s what makes them different.

That might seem harsh, but think about it for a minute. Your success is absolutely dependent on you taking action. That action sometimes is going to involve sacrifice.

Rich people are prepared to make the sacrifice for long term gain. Poor people are more comfortable with settling with what they have.

Number 10: Never give up

After adopting all the previous nine mindset principles you arrive here at number ten. By now you are armed with some great tools to change your mindset for success…

…and the final tip is to absolutely never give up.

To be successful with money you need to be courageous, totally focused, knowledgeable and committed to never ever giving up.

I have to admit that giving up in the early days was something I had to overcome. My first few attempts to grow my wealth didn’t go as planned. The temptation to give up was real.

It is fair to say that there were periods of time where I wasn’t as committed to the process as I should have been, which cost me time.

However, I never gave up. A realignment to my why, understanding who and what I was doing this for was what I needed to push on.

You can do it too. As long as you commit to learning, to changing your mindset and pursuing your goals, success will come. It’s a law of nature.

So there you have five more mindset principles that can change your thinking about money and wealth, and most importantly, change your results.

Combined with the five mindset principles from last week and you now have the tools to develop the mindset of a successful wealth creator.

Let me know in the comments what your favourite mindset principle is, or which one hit home for you. I’m keen to know if this is useful for you.