So I thought it would be a good idea to explore the answer for all readers of my blog because the answer is simple but unexpected. See what I did there 🙂

The single biggest obstacle to you becoming wealthy is YOU! Did you expect that?

There are many reasons why I believe you are your biggest obstacle, so let’s have a look at some of them here. Now try not to be offended by this suggestion, it’s not entirely your fault. Let’s face it, the education system and modern expectations are designed to make it this way.

If there ever was a more damaging trait to your success than procrastination, then I am yet to observe it…

Society is full of people who are going to do something, not just related to wealth creation. Think about weight loss, fitness, a change in career or even starting a business.

How many times have you heard someone say they are going to start a diet tomorrow or join the gym on Monday.

The problem is, tomorrow never comes. There is always another reason (or excuse) for not taking the step and DOING what you planned to do. 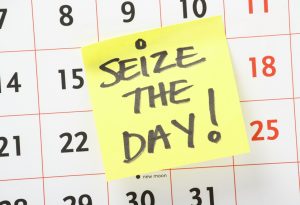 Procrastination is the killer of results. If you don’t take steps of action you just can’t achieve anything.

You will recall that ACTION is one of the criteria in my formula for becoming a millionaire. It is simple, small actions today lead to large outcomes tomorrow.

The power of cumulative returns will amplify the scale of your actions, as long as you make your actions consistent…

Another of the characteristics of YOU that will limit your ability to create wealth is a scarcity mindset.

This is a lesson that took me a long time to grasp, but once you understand the impact it has on your results, you will quickly learn to eliminate scarcity thinking from your personality.

Imagine for a moment that you could achieve whatever you wanted to, what would you choose?

Mentally see it, see yourself at that moment, enjoying the outcome of your success. Now ask why can’t you have what you thought of… there is no reason why you can’t, you just have to believe you can have it and then make it happen with small cumulative actions.

The opposite of scarcity thinking is the abundance mindset. This is also a topic that has been quite prevalent in my space this week.

I think there is a reason that abundance has been appearing in my social feeds, in my emails and now in my blog.

There have been some important events occurring in the development of The Investor’s Way this past week, and each of them has been lessons in how to embrace the abundant mindset and how by doing so, success will be achieved. 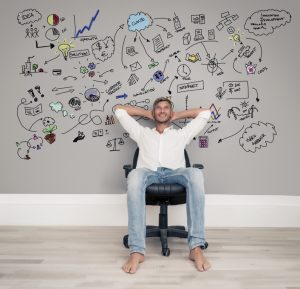 Once you accept that scarcity thinking is not helping you, it becomes simple to adapt to the abundance mindset, one where you believe you can achieve whatever you want and dream.

I have written previously about the benefits of thinking big here… an abundant mindset is a supporting mechanism for achieving these big goals and dreams.

Walt Disney is credited with the quote: ‘if you can dream it, you can achieve it’, and Napoleon Hill started the concept with his quote: ‘whatever the mind of man can conceive and believe, it can achieve’.

These are both examples of an abundant mindset at work. Walt Disney saw the theme park in his mind long before it was ever constructed…

As you have grown and matured, you will have developed certain beliefs about money and what you can achieve.

Without realising it, some of these beliefs will have created limitations as to what you believe is achievable…

The unfortunate part is that these beliefs will have come from people close to you, whether it be parents, teachers, relatives or friends. They all have influenced what you now believe when it comes to creating wealth.

These limiting beliefs are now an obstacle to becoming wealthy, one that you may not even know exists.

Have you ever heard any of these sayings?

If you have, it is highly likely these thoughts will have created a limiting belief in your mindset…

If you were on the path of creating wealth for yourself but had the belief that ‘rich people are all crooks’, the belief would likely prevent you from achieving your big goals.

In some manner, the belief would manifest a way to prevent you from achieving your goals. A form of self-sabotage would materialise, again likely without you knowing why.

So to answer the query of what is the unexpected obstacle to becoming wealthy, I suggest looking at yourself and understanding how you could be the obstacle.

By addressing the three issues of procrastination, scarcity mindset and limiting beliefs you will give yourself a far greater opportunity of succeeding. It will be a whole lot easier if you can get out of your way along the journey.

Success comes to those that take action and go after their goals. Only YOU can make that decision, I’m ready to cheer for you.