There is something magical about compound interest. Einstein even called it the 8th wonder of the world. Or at least people say he did. Either way, it has the power to unlock serious wealth accumulation in the long term.

The best part? It’s so simple, even the most unsavvy investor can take advantage of its powers. The key is to get started with compound interest as soon as you can, no matter how small your investment is.

Now stay with me here, there are going to be some numbers in this post.

Simple interest is calculated on the original amount of a deposit – called the principal. 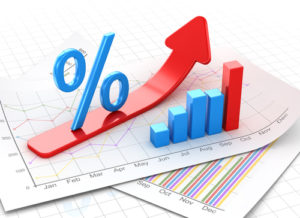 Real wealth starts to become a reality when we look at the power of compound interest. In fact it is one of the things that the wealthy know and use that the rest don’t. You can learn more about that in my upcoming new course. Keep an eye on your email for details.

Now I can hear you screaming already at how unexciting those numbers are. There isn’t any real wealth happening with simple interest, I get that.

Compound interest is calculated on the principal amount and – this is where it gets exciting – on the interest accumulated in the previous period.

Here’s what a $10,000 principal deposit and 4% annual interest over 5 years using compound interest looks like.

Now, 1.38% may not look like much of a difference between the simple and compound balance after 5 years but this gap widens exponentially with time and even more so with additional monthly contributions and a higher interest rte.

According to a recent Suncorp report, the average Aussie is socking away $427 in savings each month. So let’s take a look at the figures if you were to make an additional monthly contribution of $427 at 7% compound interest rate with your starting balance of $10,000.

That’s starting to get interesting, there is some real power building up in the additional earnings each year.

Time Is The Secret Weapon Of Compound Interest

The real magic of compound interest reveals itself over time. This is why it’s important to get started as early as possible. 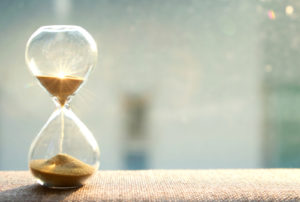 Get your money working for you, instead of the other way around, make regular contributions (your pay yourself first money) and watch compound interest do its thing.

Now we are starting to get excited, right?

Why It’s Difficult To Play Compound Catch Up

Starting early with small, regular contributions is even better in the long run that trying to play catch up with larger investments as you get nearer to retirement.

Maybe you think you’ve got plenty of time to get invested, you’ll start when you’re older, with a better job and earning more money. You’ll still have decades before packing up your office cubicle and riding off into the sunset.

Let’s say you’re 20 years old and start with an initial investment of $1000, make a contribution of $100 each month and receive a compound interest at a rate of 7% per year.

As this example demonstrates, it’s better to start sooner with less then try and catch up with larger amounts later. Start where you are now with what you have.

It’s not all unicorns and rainbows though. Compound interest works with debt too… It has the power to turn a moderate credit card balance or mortgage into a real financial liability that takes decades to pay off. 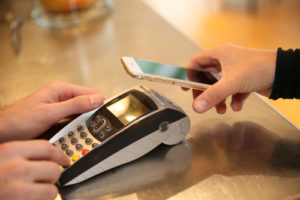 Credit card compound interest is charged at the percentage rate fixed by your bank on both the principal balance and the existing interest charges.

This means if you pay too little or only the minimum payment, you’ll end up paying interest on interest. Not a smart money move.

For this reason, it’s critical to pay your credit card balance in full each month. At worst, as much as you can afford above the minimum payment.

The 2018 State Of The Credit Card Market Report by Finder.com.au reveals the average Australian credit card balance accruing interest is $ 2062.

Sticking with only the minimum repayments, a credit card with a balance of $2000 accruing interest would take 17 years to pay off. You’d also end up paying over $5,000 in total.

I hope you’ve begun to see the magic of compound interest and its incredible potential for wealth creation over time.

If you’re ready to get started I am launching a new course this week. This course will finally show you how to invest like the wealthy. Keep an eye on your email for more details, it’s a not to be missed opportunity.

1 thought on “The Power Of Compound Interest”