But here is why I think you need to keep reading…

There are three reasons or excuses that people use that prevent them from achieving what they want.

As you know, creating wealth is a lot more than just having a great money-making strategy.

Success in the money game is about what is going on in your head. 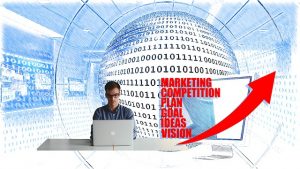 The last week has been a great example of this for me. You see, when you choose to include a business as one of the pillars of your wealth creation arsenal, you are faced with plenty of challenges…

Most of them are internal, what’s going on in your mind.

So this week, having spent some time discussing my challenges with my mastermind group, I recalled that financial destiny is something that entirely begins in the mind.

In this life, you are either the pilot or the passenger. You have to truly believe that you are in control of your life, especially your financial destiny.

Successful people believe that they are in control of their lives. You have to believe that you are the one who creates your own success…

In my experience, there are three main excuses that people use for why they are not in control of their financial destiny.

And let me tell you, I’ve used all three over the years.

It wasn’t until I was forced to look in the mirror by a mentor that I saw the damage these excuses were causing.

By sharing them with you I am hoping to be the mirror for you. So you can ask yourself whether you are using these excuses at the expense of your own success…

This one doesn’t need a lot of explaining…

Simply, this is where you explain the reason you haven’t become successful is that it’s always somebody else’s fault, and not you.

This is where you spend your time justifying why things are the way they are, why you aren’t in control of your financial destiny. 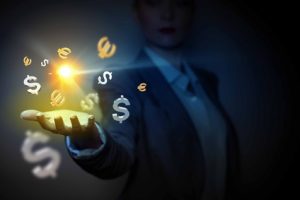 It’s easier to say that money and financial success are not important than admit that you are not successful.

It’s an ego thing, you don’t want to appear less than what you want to be to your friends and family.

I also see justifying as a form of acceptance. It’s easier to accept your current situation and justify that it is okay by you than it is to confront the reasons that it may in fact not be okay to you.

This is the victim mentality…

Victims tend to complain about their financial situation, and let me tell you, there are no wealthy victims.

Whatever you concentrate on becomes your reality.

This is a concept you can read more about here, where I wrote about the concept of what you focus on expands.

In terms of your financial destiny, if you spend your time complaining about what you don’t have, you will create the mindset of scarcity and loss.

Can you see how focusing on the actions to get what you want is more likely to lead to success, than focussing on the fact you don’t have it, pretty straight forward really, agree?

When you realise that you create the exact level of your financial success, you will create your own financial destiny.

Be the pilot of your life and decide what you want.

This week, catch yourself blaming others, justifying your financial position, or complaining about your money. 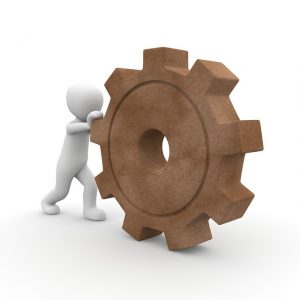 For those looking to go a step further, I have a technique that I use to help me recognise and interrupt the negative pattern of these excuses.

I have an elastic band with a motivational message that I wear on my wrist, you can use any basic elastic band, and each time you catch yourself falling into the trap of one of these excuses, give yourself a flick with the elastic band.

It becomes a trigger, and after a few times, you will become far more attuned to how often you succumb and it makes it easier to stop the habit.

Spend a few minutes at the end of the day reflecting on what went well and what didn’t work out as you wanted it to. Then write down what you did to contribute to these situations.

What you focus on expands! What could be possible for you and your financial destiny?

If you can repel negative thoughts, begin being a promoter of positivity. Where could you be in one month, one year, or even ten years?

Again this week I was reminded of the fact that most people overestimate what they are capable of achieving in the short term and underestimate what is achievable in the long term.

You can be the master of your financial destiny, you can achieve your dreams. Just start and stop succumbing to the three reasons that you aren’t, yet!

Leave me a comment below, let me know how you are going to banish the excuses.

To take the first steps in your journey, take part in the 21 Days to Money Mastery program.