We have just passed the half way mark of the year and I thought it would be a good time to do a bit of a halftime report.

Let’s take a quick look back at how markets have performed in the first half of the year and consider the expectations for the second half of the year. I know you this would help for your own investing purposes.

You don’t need to be an expert in predicting the markets, nor do you need a crystal ball. A basic understanding of what is driving the various markets will assist your decision making, and ultimately, the performance of your portfolio.

Halftime Report – What has happened so far? 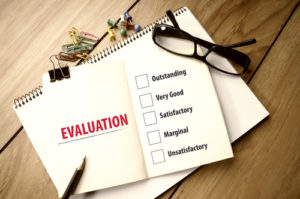 The mood of most economists could be described as “cautiously optimistic”.

The world economy is continuing to recover in most regions, driven by the re-emergence of the US consumer and entrepreneur.

The US equity market has already successfully dealt with two rises in interest rates in the current year (plus the 0.25% rate rise last December). There is talk of a further two rate rises in the US before the end of the year.

There is a lot of good news already factored into market prices and the growth in the US needs to continue. A reality Donald Trump seems well aware of through his offer of tax cuts.

However, some threats to markets around the world have emerged in the first half of the year that warrant consideration.

Stock Markets – The Potential China and US Trade War

Donald Trump and US congress has taken a stand in an attempt to redress a current imbalance of trade between the US and China.

Whilst it seems improbable that China will open its market to more US manufactured goods, the initial war of words has certainly sent a scare through the Chinese equity market, measured by the Shanghai Composite, which was down approximately 8% in June.

The reason for the US action is more than just an attempt to improve their ability to sell manufactured goods into Asia. There is a very real fear that as China catches up economically it is also becoming an equal militarily.

One of the issues the move may address is the Chinese use its controls on foreign investment to obtain access to technology.

This access to US technology has been made possible because whilst Chinese companies are free to set up business in the USA without intervention, US businesses need to partner with existing Chinese businesses and disclose a great deal of internal information, in order to operate in China. 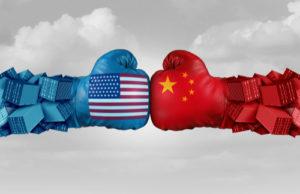 If the two sides fail to reach an agreement, there is potential for a trade war to reduce global production efficiencies. This will impact not just the economies of the protagonists but also a number of other regions.

As China is Australia’s biggest trading partner, there could be some serious implications for the Australian economy.

Keep an ear out for any escalation in trade discussions, especially if you are actively adding to your stock portfolio.

After very strong gains in property prices along the Australian east coast, the property market has begun to cool.

A number of measures have taken effect and prices in Sydney, Melbourne and Brisbane have begun to decline, although only slightly at this stage.

The following behaviours and regulations in combination are reasons for creating a drag on the property market:

The NZ housing market has been cooling in the first half of the year, however, with an easing in their home-loan restrictions and the new Government settling in, activity is starting to pick up.

Like Australia, New Zealand has seen a fall in interest out of China for similar reasons as noted above.

Interest rates are relatively stable and expected to remain so for the rest of the year.

Supply is also relatively stable which should provide a market that is able to grow steadily over the coming six months at or around the 3-5% mark.

The USA property market can be very specific to the location that you are researching. So be mindful of that when entering this market.

Generally, there has been a growing shortage of supply, which is pushing prices steadily higher.

Recent interest rate increases, and the planned further rate rises this year, could cool the market a little, but the short term prospects are for growth.

Further Tensions in the European Union

As the Brexit process lurches from one issue to the next, other European Union countries are beginning to groan under the strain of operating as a single economy.

In the last month, Italy has become the focal point of issues stemming from the fragility of a unified Europe. However, with a resurgent Russian military flexing its power on the doorstep, most of Europe is working as closely as possible to prevent a further dissolution of the Union. 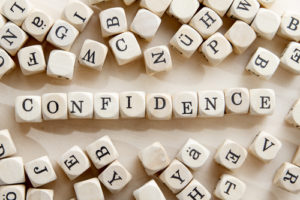 A destabilized European Union would have implications on both stock and property prices across the world. Markets operate with a heavy reliance on confidence and stability. Anything that can damage these elements will spook markets and potentially lead to sizeable declines.

So there you have it, the halftime report. I hope this gives you an understanding of some of the factors affecting markets in 2018…

But, as always, remember that your goal is to invest for the long term and as a result you planning for and able to ride out any short term noise. The end game for you is after many years of being in the market.

The global economies and markets will continue to be driven by emotions and fundamentals and long-term investors like you just need to have a plan in place to navigate the future successfully.

What does your halftime report look like, are you heading in the right direction? Leave me a comment and let me know.