Earning a big yearly income doesn’t necessarily mean you’re wealthy. On the flip side, earning a modest wage doesn’t mean you can’t build real, lasting wealth. Income is the money you earn while wealth is actually having money.

Let’s take a look at two families and how the difference in their financial habits and mindset has had a bigger impact on their wealth than the size of their income.

And since a common concern I hear is not having enough to get started, this could be an eye-opener for you.

The Parker’s have a modest income but are wealthy

Anna Parker started working a part-time job at a restaurant at 17 and from her first pay began saving half her income. She continued to live at home with her parents while working until she was 22, still saving half of each pay.

When she landed her first full-time office administration role, she moved out of home. She was no longer saving half her income but still saved as much as she could and began investing 10%.

Now, at 46, Anna earns $60,000 in a marketing role. She has continued to invest 10% of her income for the past 20 years. Anna, her husband Mark, and their 2 kids live simply and below their means. They don’t typically use credit cards and have owned 2 cars since they were married 16 years ago; both are second-hand. 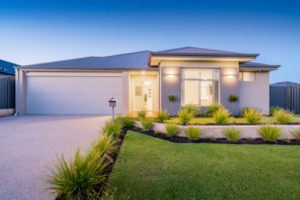 They bought a modest suburban home together, 21 years ago, and channeled much of Mark’s income towards mortgage repayments during that time. At the moment, their take-home incomes combined are less than $100k.

The Parker’s are set to pay off their mortgage and be completely debt-free in a few years. While they have one credit card, the limit is $1,000. They only use the card for the very occasional online purchase and religiously pay off any balance before the due date. There is also a comfortable emergency fund saved.

They enjoy dinner out at a restaurant once a month and have Friday takeaway nights, otherwise, they cook all meals at home and take lunches to work. Anna is a savvy grocery shopper and meal planner!

The Parker’s take an annual holiday each year which they save for and pay for in cash. They alternate destinations, one year it’s taking a trip away in their (second-hand) camper, and the following year it’s a holiday overseas.

After 29 years of 10% of her income, plus the majority of any work bonuses or tax returns Anna and Mark’s investment portfolio is sitting at around 1.5 million dollars.

The Parker’s have consistently lived below their means. They’ve had clear financial goals since they’ve been together and prioritised the things that are truly important to them. They’ve consistently made the right financial decisions, from what house to purchase to (mostly) sticking with their monthly money plan, over the years.

The Murphy’s have a large income but aren’t wealthy

James and Casey Murphy have a combined annual income of $200,000 but still live paycheck to paycheck. James is an IT specialist and Casey is a child psychologist. 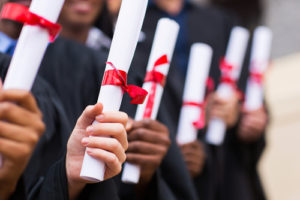 Both graduated with large university debts and have continued to incur more training fees in their respective fields as they progressed in their careers.

Like the Parker’s, they also have two kids but chose a more affluent area and larger home to raise their family in. They own a 4 bedroom home and took out an $850,000 mortgage to buy the property along with the minimum deposit they had saved.

Neither were natural savers in their early 20’s so after they met, they didn’t bring a great deal of savings to the relationship and had a combined credit card debt of $10k.

While they have put money into savings over the years, the amounts and frequency are sporadic at best. Neither has invested beyond their superannuation accounts.

Both of their kids attend private schools and annual fees are steep. They continue to use multiple credit cards to finance expensive overseas trips away and big celebrations for birthdays and other special occasions.

They own 2 cars, both brought new and financed. James loves expensive toys and gadgets, always upgrading to the latest model of something when it’s released.

Their busy jobs mean they eat out or order takeaway around five nights a week and both buy lunches on a daily basis from expensive city cafes near work. They both have memberships to the best gyms and Casey has private personal training 3 days a week.

They’ve never really had a spending plan or budget. They just try to handle bills as they come in, make minimum payments on the credit cards and try not to think too much about the ever-increasing balance. 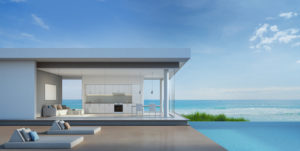 James and Casey’s family expenses, mortgage, and general lifestyle costs mean although they have a large combined income, they still live paycheck to paycheck. With no real savings to draw on or investment income, if the family was hit with a job loss or medical emergency they would struggle to make ends meet.

My example of the Murphys and the Parkers show that with the right money mindset, investing goals and persistence, you don’t need to earn an astronomical wage to invest and grow real wealth over time. It also shows that even if you earn a lot, if you spend most of it and have no real plan for your money, you simply won’t become wealthy.

When it comes to money habits and financial goals, follow the Parker’s lead to appreciate the difference between income and wealth.

If you are ready to discover how to create a plan and strategy to be like the Parker’s, click here to schedule a Smart Investor call.