Interest rates, what is all the fuss about I hear you say.

In the past few weeks, you have probably heard about the stock market and bitcoin, and how they ‘suffered’ significant falls. If you managed to stay interested, you may also have heard about the rapid recovery from these falls, albeit not the entire fall.

As you have probably guessed by now, I’m a bit of a numbers guy. Yep, I kind of get them. So when something like this happens I often find myself in conversations about what is going on and why.

I’ve had a few of these conversations in the past week so I thought you might be asking the same things. What is going on?

Now I don’t profess to know everything about the markets, I don’t think there is such a person despite the claims of some in the media. But since you are likely wondering what is going on, I thought it would be interesting to have a look into what could be causing the markets to be a little temperamental.

Why Are Stock Markets Declining?

Let’s start with the stock markets, particularly the US markets.

By all accounts, including that of the US Federal Reserve, the economy is doing well. Corporate incomes are up. Wages are on the rise. So why the decline?

The outgoing Federal Reserve President, Janet Yellen, was recently asked on her way out the door, whether markets are inflated. She answered that market valuations are a source of some concern. 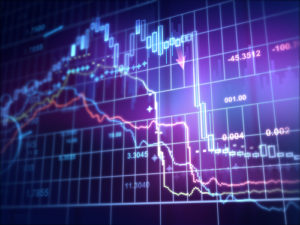 This begs the question as to whether the markets have become afraid of inflation. It appears this could be so…

This is where the rubber hits the road for you and I. Markets have become afraid of inflation because the number one tool to combat inflation is interest rates.

With the state of household debt around the world, rising interest rates has become a major issue for governments, businesses, you and me.

Right now the feeling is that households, and to some extent corporate business, cannot easily afford rising interest rates…

And the stock markets know that, hence the reaction in the past couple of weeks when the Federal Reserve suggested that they were still planning three to four interest rate increases this year.

If interest rates were to increase by 0.5% to 1.5% this year, what impact would that have on your business or your household cashflow?

The reason Governments use interest rates to combat inflation is that the perception is that you will have less to spend and therefore demand will slow and prices can be contained within the guidelines that they use for inflation growth, typically around 2%-3% per annum.

And that reduced cashflow in households will mean less people will be able to afford to buy property. They just won’t be able to qualify for funding from the banks. That allegedly will curtail the inflationary pressure on property prices as well. 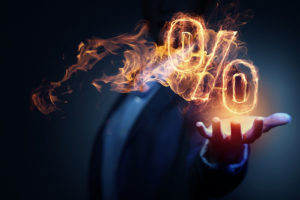 This results in two reasonably difficult options, either, you have to look at a cheaper, smaller, less desirable property to purchase, or you need to ask for a pay rise to meet the banks’ lending criteria.

For those that don’t like either of these choices, there is the option of renting.

So before you know it, the rising interest rates that were intended to contain inflation, are now causing rising rents for those that cannot afford to buy with their reduced borrowing capacity.

Coming Back to the Stock Market

Markets are alive. They live, they breathe, they talk, and right now, as I am watching the equity markets stabilise after having taken a bit of a haircut, I can’t help but hear the markets say to the Federal Reserve or the Reserve Bank of Australia or the local bank authority in your market, “We don’t like inflation, so fix it…

And the equity markets, seemingly conceding to the notion of being inflated, are voluntarily taking a haircut in order to drive this message home.

I’m not sure it’s working though.

It’s All a Bit Confusing

I mentioned at the beginning that I don’t profess to know all the answers. And yes, the intricate details of markets can be very confusing.

It is important to know that interest rates play a significant role in the movement in stock and equity markets.

As investors, you want markets to increase, and interest rates are one of the factors in the equation that drive returns to you and me, and help build our wealth. 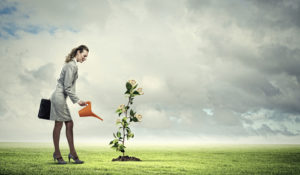 So the message is reasonably simple for now. Stick to your regular investing plan. Keep putting your weekly or monthly surplus into investments that have a record of good solid returns and let the power of time and compounding take care of the fluctuations in markets.

Right now, we could well be starting to enter the period where fear overtakes greed.

Interest rates, they are an interesting component to your wealth goals.

Let me know how you are feeling about the markets and what you have been doing to keep growing your wealth. I’m keen to hear what you are doing.