One of the most important questions you can ask yourself in building your wealth, is who do you associate with?

You may ask however, why are the people that you associate with important, or for that matter, relevant to your wealth creation?

“You are the average of the five people you spend the most time with.” – Jim Rohn

This is a quote made famous by the late Jim Rohn, a motivational speaker and self-help guru that shaped the self-improvement world. This quote is now widely referred to as the ‘Rule of 5’.

The key underlying intent of Rohn’s quote is who you spend time with influences the person you eventually become. Who you are with can elevate you as much as it can bring you down. 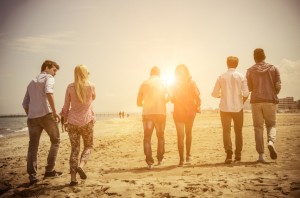 And one of the foundations of human behaviour suggests that the combination of your self-image and beliefs is what determines your behaviour.

Sometimes the people around us alter our self-image and sometimes they don’t.

We tend to adopt the characteristics of the groups we are a part of. We begin to associate ourselves with that group and the behaviour that goes along with being in that group.

For example, to use a sporting analogy, when I was younger, I was always told that to become better at any sport, in my case at the time it was squash, I needed to play against players that were better than me.

The type of people you interact with influences the (1) consciousness level you operate in and (2) the subject matter you engage in.

The more I analyse it, the more it seems to ring true. If it’s true, those closest to us have a tremendous influence in our total well-being. They impact us:

When it comes to relationships, we are greatly influenced — whether we like it or not — by those closest to us. It affects our way of thinking, our self-esteem, and our decisions.

How people around you can affect you

There are two variables that interplay in determining how much of your thoughts and actions are influenced by people around you. The first is your consciousness and resilience as an individual.

The second, is the collective sum of the consciousness of the people you are with. These combine to give you a weighted impact, an average, on who you become.

You may be the most conscious and smartest individual around, but if you are constantly surrounded by negative, fear-based people in your life, it will have an impact on who you eventually become and your progression in life.

If you are heavily rooted in yourself, there might be a limited downside that negative friends can bring you. However, you are also getting a limited upside because you are spending time with people who are holding you back vs people who can be elevating you.

This is what Robert Kiyosaki experienced as well, which he shared in “Rich Dad, Poor Dad”. He had two dads- his real dad, stuck in the middle-class with limiting viewpoints on money; the other, one of the wealthiest men in Hawaii and was smart about getting money to work for him.

By consciously choosing to interface with his rich dad to learn from him, he acquired many thoughts and mindsets of how to become rich, which eventually led him to become successful in life.

If you hang out with a group of successful, positive-minded individuals who believe in taking responsibility for their lives, you will move to become a proactive individual who shapes your future.

If you hang out with a bunch of pessimists who believe the world is out to get them and there is nothing worthwhile, you will start descending into the negative whirlpool at some point, even if you are initially a positive individual.

Use the following questions to identify how you can use the ‘rule of 5’ to understand who currently influences your behaviours and who you need to meet to achieve your goals.

Transitioning to the new you

Eventually, you will start resonating with these people you aspire. You will find that you start thinking on the same wavelength and start talking about the same topics as them.

This thinking will then affect your actions, which will manifest into results you see in life.

Shape your life by choosing who you are with

By choosing who you spend time with, you are literally shaping your own future.

Start by examining the people you spend the most time around. The people that you identified in the exercise above.

Consider if these people are enabling you toward your envisioned self.

If they are not, identify and increase contact with the people who will enable you to become the best person you can be.

Successful People Apply The Rule of 5 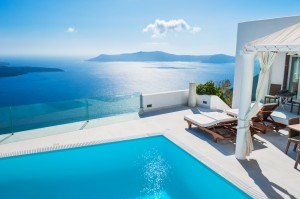 In the past few years as my success has grown, I have started to identify people that have been super successful at what I do, and I have started making contact with them.

At first I was scared of their reactions, these are serious heavy hitters, why would they want to speak with me?

But the fascinating thing is that they are so open to share their time and skills.

The common response is that they like to give back to those that are following the same path that they have, and share their wisdom.

Modelling is one of the primary ways that people learn. So don’t be afraid to model those that have what you want.

Wealthy people are grateful that others have succeeded before them because they now have a blueprint to follow that will make it easier to attain their own success. Why reinvent the wheel?

Consequently, the fastest and easiest way to create wealth is to learn exactly how wealthy people, who are masters of money, play the game.

Compare that strategy with the alternative. There is no winning from judging or criticizing or being jealous of the wealthy. But many people follow this path…

Energy is contagious, which means you don’t want to be around people that expel negative energy. It will bring you down.

Use what you have learned to better yourself and your life. Be the model, be successful, be happy.

Yes it’s much more difficult to be positive and conscious around people and circumstances that are negative, but that’s your test! Just as steel is hardened in the fire, if you can remain true to your values while others around you are full of doubt and even condemnation, you’ll grow faster and stronger.

You can either affect people or infect people, it’s your choice.

One of my favourite sayings, in fact it is one that I had pinned to my bedroom closet for many years, is ‘If you want to fly like an eagle, don’t hang around with turkeys’. This is a great interpretation of the Rule of 5.

I make it a point to only associate with successful, positive people, and just as importantly, I disassociate from negative ones.

Who do you associate with?

Leave me a comment below, even if it’s just a thumbs up (or down), let me know your there!

2 thoughts on “The Rule of 5: Who Do You Associate With?”