I often have people tell me they don’t have time to create wealth.

To me, this is a confusing statement…

So what is it that allows you to use time as a reason for not doing something about it?

Before I get into some tips on how you can manage the time factor, let’s take a step back and have a look at what I define as being wealthy. 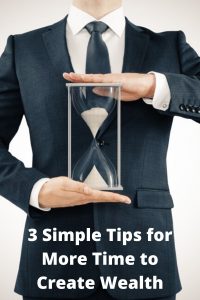 There is great debate about what is being wealthy or rich. I think these two words mean different things…

I once heard it described in this way, which as I like to do, is a sporting analogy.

The basketball player earning $20 million a season is rich. Let’s say we are talking about the highest-paid player at the moment, Stephen Curry of the Golden State Warriors (now I believe his contract is actually worth more than $30 million per season).

The club owner on the other hand, who can afford to pay the salary, is wealthy!

Now, this is an extreme example… I’m not suggesting at all that you need to own a basketball team to be wealthy.

But the message of this description is important…

Wealthy is about having resources to support your life, to do the things you want to do and provides sustainable income over time. Rich on the other hand generally is associated with having lots of material possessions.

Another more simple and generally accepted way that wealthy is defined is to use a net worth calculation. 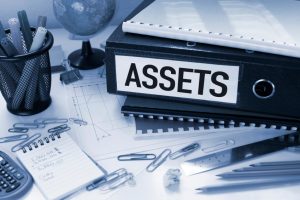 My goal is to show you how to accumulate appreciating assets so that you can achieve wealth. This will likely mean spending less on material items and hence the appearance of wealth…

BUT it is a more sustainable and successful approach.

Let’s get back to the original problem, not having enough time.

This is a common excuse, sorry no sugar coating it today, that you will use for any number of things that you don’t get done.

Time is often the reason you hear that you can’t be physically fit, eat well, read more, spend time with friends and family or… create wealth…

Yet the wealthy have worked out how to allocate their time in ways that are consistent with enhancing their net worth. They MAKE time to create wealth.

They are efficient with their time so that their energy and money are directed to what assists asset accumulation and therefore wealth.

It is interesting that the wealthy have all the same concerns as you.

They are concerned about such things as:
– Not being wealthy enough to retire in comfort
– Not having an income high enough to satisfy your family’s needs
– Losing your job, or
– A substantial reduction in your standard of living.

The main difference, however, is that the wealthy take proactive, inspired action to change their circumstances.

The first thing you can do to gain more time in your pursuit of wealth is to spend less time worrying about the issues that concern you, like those listed above, and direct that time to take action to solve those problems.

The more energy you direct at solving problems, and this can be applied to any aspect of your life, the more likely you are to achieve the outcome you desire.

The brain has a powerful way of giving you what you concentrate on… I have written about this theory here.

It is why I am so adamant that you need the right mindset to be wealthy.

The next most important tip for time management is to allocate time to PLAN your financial future.

By creating a plan for your financial future you are prioritising your wealth over other activities that distract you, such as social media or reality television, or whatever else takes time away from you. 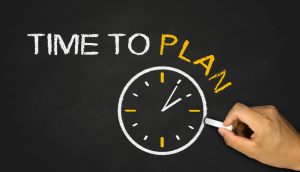 Placing more emphasis on the management of your assets will result in more positive outcomes and ultimately less stress.

You will find yourself in the Circle of Success as I like to call it.

One of my mentors, Eben Pagan, taught me that to gain more time you need to develop strategies and routines that you consistently apply to your day. He calls it ‘Wake Up Productive’.

Have a routine that you perform every day in the morning, during the day and at the end of the day.

Simple steps that set you up to be productive…

To have time to create wealth, you need to make it a priority in your day. So identify a routine and put it into your daily actions.

This is true now because I have been doing this for some time. Initially, you may need to spend more time as you learn the tools and strategies.

But that is a sacrifice that I am sure you will recognise as being more than worth it in the long term.

Once you recognise that the time to create wealth does not require hours on hours each day, you will be more likely to start the process and get on your way to success.

So stop letting time be an excuse for not achieving wealth, implement some simple changes to your actions and observe the positive impact on your life and wealth.

Let me know in the comments which of the tips you are going to implement first.

Get the 5 Steps to Smarter Money Management.