Successful wealth creators understand that financial freedom is achieved by applying the principles of wealth in sequence.

I have been writing in this blog about the importance of your mindset in wealth creation.

The reason is quite simple, although it is not well understood. There are certain beliefs that we all have about money and wealth creation that has developed from early childhood.

Our parents, family members, teachers, and friends have all played a role in shaping our beliefs about money.

Now without meaning to be disrespectful, how many of these people who have influenced your beliefs have been successful wealth creators?

It is likely that the answer is not many or none…

And therein lies the problem.

Your beliefs about money have come from sources that had their own limiting beliefs, which you have now inherited with your own understanding or application. 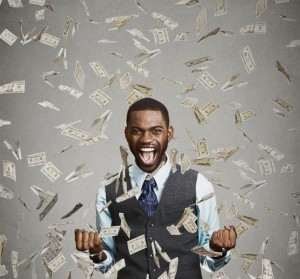 Have you ever heard the statistic of lottery winners and their financial position five or ten years after they won a major jackpot?

The numbers are not good. More than 75% of lottery winners are worse off five years after a major win than they were before they had the windfall… wow!

That is an incredible statistic and one that leads me to explore why in more detail.

The simple answer is that they were not ready to have so much money. They didn’t have a mindset of a millionaire…

How can that be? Surely winning a large amount of money is a good thing and would set you up for the rest of your life…

There has to be a reason that this statistic occurs consistently around the world.

The Impact of Negative Wealth Beliefs

There are those who dislike successful or wealthy people, usually as a result of some ignorant prejudices born of fearful beliefs, rather than from any real experience with those they dislike.

Your beliefs about success and wealth determine what you will pursue in life, and so you must be conscious of these beliefs.

If you have negative beliefs about wealth and money, your mind will not allow you to take action toward those things and soon you will find yourself trapped in a life of apathy and indifference.

For how could we ever be successful and wealthy if we dislike the very idea of success and wealth? Have you ever heard the saying that rich people are greedy? If you believe it, then you certainly aren’t going to want to be rich are you, I mean, who wants to be labeled greedy, right?

This is where your mindset is so important.

People that receive large sums of money unexpectedly haven’t had to apply the principles of creating wealth in sequence.

They have missed the important first steps.

Everything that we do in life requires a certain sequence to be successful. There are steps to be taken, and they must be done in the right order or sequence.

A golfer knows that in order to be successful they have to apply a sequence that is identical with every shot they play.

Every golfer will have a pre-shot sequence that they have developed over time, they may not all be the same for each player, but they are effectively a sequence that ensures they can play the best possible shot, every time…

If they deviate from the sequence, the outcomes are less than desired…

Wealth creation is no different. There are no shortcuts.

The First Step of the Wealth Sequence

To be successful you need to apply processes in sequence. 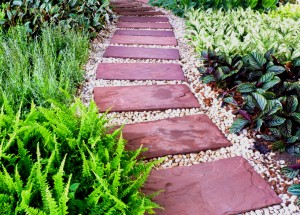 And the most important thing you need to acknowledge is that mindset is the first step in successfully creating wealth in sequence.

First, you need to understand the mindset that leads to success and ensure that there are no limiting beliefs in your framework that could derail your success.

I have previously written about a number of the key elements of a millionaire mindset in this blog, including:

Each of these elements plays an integral role in how you program your mindset for wealth and success.

By spending time working on these mindset factors, you will identify any limiting beliefs in your current programming.

You likely will be familiar with the number one limiting belief that derails most wealth creation dreams, you know the one, ‘I don’t have enough money’, ‘I can’t afford it’…

If you review these statements closely, you will notice that they are just reasons and excuses that are preventing you from achieving your greatest dreams, and the results that you want to produce in your life. The quickest way to solve this number one limiting belief is to ask yourself ‘how can I afford this’ or ‘how can I make/create the money I need for this?’

To determine your limiting beliefs there are questions you can ask yourself to identify your current wealth programming.

I cover these questions in my 7 Steps to Invest Like the Wealthy masterclass, which you can register for here. 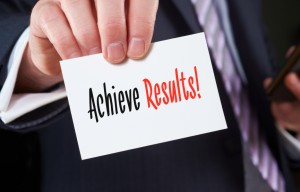 Achieve the millionaire mindset and you will gain the belief that you CAN have financial freedom.

For now, tell me your greatest fear or frustration about money or creating wealth. Leave me a message below in the comments box and I will give you a solution to move forward.

Oh, and don’t forget to register for the FREE masterclass, it could be the best decision you make today 🙂

Get the 5 Steps to Smarter Money Management.

2 thoughts on “Wealth in Sequence…”