It was populated in a book written by Malcolm Gladwell called ‘Outliers: The Story of Success’, which I highly recommend you read.

If you search the web you find lots of people willing to debunk Gladwell’s theory.

The problem however, is too many times, people misquote Gladwell’s 10000-hour theory.

“Gladwell said you have to have 10000 hours in a subject to be an expert,” they will often state. 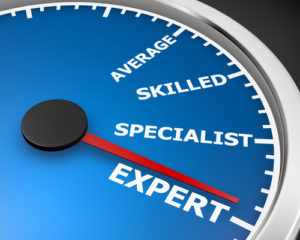 To be so freakishly awesome, to be such a standout among your peers, that sometimes your first name is enough to tell people who you are: Oprah, Ellen or Serena.

But in the meantime, here’s what Malcolm Gladwell said about the 10000-hour rule and being an outlier:

“In fact, by the age of twenty, the elite performers (violinists) had each totalled ten thousand hours of practice.”

“The emerging picture from such studies is that ten thousand hours of practice is required to achieve the level of mastery associated with being a world-class expert—in anything”.

So who is Gladwell talking about?

Is he talking about the people who are merely “pretty good” or “very good” in their field?

No, he’s talking about those surprising success stories who stand head and shoulders above the elite performers in their industry. 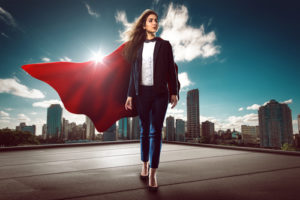 That one woman who fearsomely dominates all other female tennis players in the world.

This is a book about outliers, about men and women who do things that are out of the ordinary.

So, let me reiterate: an expert is someone who has a level of mastery about a special skill or knowledge in a particular field.

They are not the freakishly good. The world class. The first-name-only celebrities.

Those are the “outliers.” The “experts” are everyone else.

My point is, it doesn’t take 10,000 hours of deliberate practice to become an expert.

It can take less than that…

Don’t get me wrong, you have to know a lot about your field. You have to have spent thousands of hours doing it. But that’s not the 10000-hour rule.

What Does This Mean for You and Me?

So I decided to do the math…

How many hours have I put into my investing career?

I started my investing journey back in 1997, not as a full time thing, but fair to say that over 20 plus years I am confident that I am at least over the 10000-hour mark.

Reflecting back on these 10000 hours of study, research and implementation, I thought to myself, what did I really learn?

What actions caused the success I have accomplished over those 10000 hours?

What have those 10000 hours shown me that I didn’t know prior?

The more I thought about it, the more I realized how simple the answer was. It’s so simple, I thought, there is no need to spend 10000 hours to realize these things.

And that is where you come in…

I realized I could shorten your mastery with the 4 keys to investing success I’ve learned with over 10000 hours of work.

This may be the simplest and easiest action on my list, but it’s a big one.

I have found all those in my network who answer their phone promptly, return emails quickly, and respond to messages, always seem to have people raving about them. 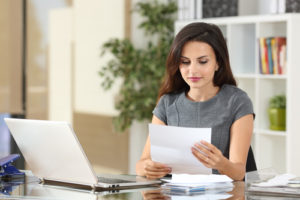 This can be from handymen, to attorneys, to investors — if people are never waiting on you for communication, then you are bound to stand out from the rest.

If you are so busy you can’t respond to most items within 12 hours, it’s time to hire someone who can take that task off your plate.

Example: I have built many of my business relationships around this characteristic. I choose lenders who are small because when I call, I get to talk to the person who makes the decision on my loans. I have won deals by being the person who picks up the phone over the people who send it to voicemail.

My vacancies on property rentals are always very low because I answer the phone or email. I don’t wait around to respond.

Ask for what you want or need

Unfortunately, it took me a while to realize the power that this action carries.

We are taught in school that we have to learn how to solve the problem, and asking someone else to do it for you or even just seeking out advice is considered bad or cheating.

In the real world, asking can do amazing things.

If you don’t know something, ask someone who does know. Learn quickly that it is not a sign of weakness…

If you want something but don’t know how to get it, ask.

If you want something but you don’t think it’s possible, ask anyway.

Simply asking whatever was on my mind without fear of looking stupid has opened so many doors and informed me far more than I could have been on my own.

Example: When I am negotiating the loan terms on a property purchase I always ask the lender for a better deal than the one they are promoting. Often this means getting them to stretch their terms beyond normal practice, but if you offer them something in return, it is a win-win scenario.

So I generally ask for a higher loan to valuation ratio to borrow more, with the promise that I will keep an amount of money in a cash deposit as security. I get the loan I want; the bank makes more money on the interest.

When you feel friction, you’re on the brink of growth

Over the years I have noticed this intangible friction from time to time.

The feeling that things just are not clicking.

The wheel of your investing just isn’t greased right, and you feel it through that friction. 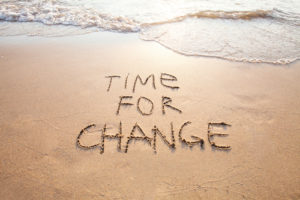 I have found this friction is change…

Although it is uncomfortable to go through, it is the best indicator that if you stay focused, problem solve, and push through, that is when progress and growth happen.

As humans, we don’t like change, but being aware of why you feel this friction and knowing something good is coming from it helps you persevere.

Example: When I first decided to start The Investor’s Way, I was reluctant to publish material and even more afraid of speaking to groups of people about my experience and knowledge.

To overcome this friction, I used the second step from above and got help from those that were already doing it. Now, I publish regularly and speak to as many groups of people I can. It’s the only way to share my knowledge and helps others achieve their money goals.

I’ve written often about the need to find your ‘why’.

It is the reason you push forward…

Why you work so hard to achieve your goals.

I agree that is important, but something that doesn’t get talked about enough that I think is equally if not more important than your ‘why’ is your ‘who’.

The ‘why’ is looking forward where the ‘who’ looks back.

Reflecting back over your life to find those who have helped you grow along the way has two important purposes.

First, it motivates you personally to do even better — for yourself and for those who have helped.

The second reason is to show gratitude and appreciation.

Take the time to thank the people who helped you…

Tell them about the gratitude you have for what they shared or did.

The power of this lesson takes some time to understand, but the rewards are significant and ongoing.

In 10000 hours of investing, these 4 key lessons surface over and over.

I see so many people far smarter than me sitting on the sidelines running numbers, studying stock performance, researching property markets, creating spreadsheets, and the list goes on and on…

There is a time and place for all of those things, but in the beginning, so many smart people overwhelm themselves into stagnation.

If you simply follow these 4 points, success will find you, and a lot sooner than 10000 hours.

Leave me a comment below and let me know how many hours are you into your investing journey? What are the most important lessons you’ve learned so far?

In this session we create a crystal clear vision for ultimate success, uncover hidden challenges that may be standing in your way, and you leave the session feeling renewed, re-energized and inspired to get results faster and easier than you thought possible!
Click here to claim your FREE Coaching Session