This week I have extracted 12 of the most powerful wealth creation tips from the work of Benjamin Franklin to explore their modern-day relevance.

Back in 1758, Benjamin Franklin wrote a book called “Poor Richard’s Almanack” and the preface to the book was called ‘The Way to Wealth’. This preface has become one of the most widely quoted wealth creation writings in history. 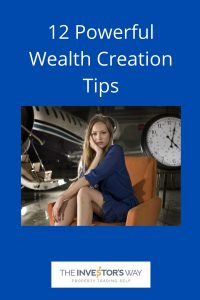 Franklin broke the preface down into four components, being Industry, Care, Frugality, and Knowledge. I’ll outline the component that each tip relates to as we progress.

In the context of the writing, Industry relates to your ability to do things… in effect it is ACTION.

I have discussed before the importance of Action, in fact it is one of the components of my Wealth Formula.

This tip simply implies that wasting time makes all things more difficult. If we are more active and ‘doing’, then we are more likely to achieve success… 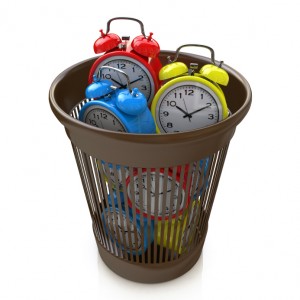 Franklin suggested that by saying you don’t have enough time and therefore putting things off until later, always resulted in you not having enough time when later comes.

In modern society we have so many distractions, social media being the biggest, so we are more at risk of wasting precious time. Time that you can never get back.

Waking early and doing the things that will move you toward your goals as a priority is the most efficient way to wealth.

Franklin described it as a distinction between wishing or hoping and making. If we want to have better wealth it is up to us to make it happen…

“We may make these times better if we bestir ourselves.” – Benjamin Franklin

Tip Three: There are no gains without pains.

You will no doubt have heard the saying ‘No Pain, No Gain’, well this is the same concept, and probably where the modern slogan was derived.

In wealth creation of any form, you have to work at it, and in work sometimes comes pain…

Pain could be in the form of personal exertion, or in managing losses, or it could be the simple acknowledgement that wealth creation takes time.

But Franklin was clear on one thing, nothing comes easy but to those that work hard…

Tip Four: Never leave to tomorrow what you can do today.

Another extension of the earlier tips that relate to taking action. 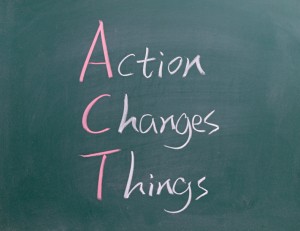 Simply put, don’t put off until tomorrow what you can do today…

When there is so much that can be done for you, your family, your wealth. Don’t sit idle, stick to it steadily, and you will see great effects.

This is a simple application of the effect of cumulative returns. Franklin described it as ‘Constant droppings wears away stones’.

What he described was that each action adds to the previous one, and over time these actions add up to a significant result. This is a truly powerful lesson.

Care is the component that has changed the most in the last 200 years. For in this section Franklin was suggesting that if you want something done well, you should do it yourself…

He was also suggesting that you need to ensure that what you do is done well, with care and consideration.

Obviously, in this modern society where things move so quickly and people are taking on more and more, it has become common practice to outsource tasks.

It is reasonable to outsource tasks that you are not skilled. Or to pay someone to do chores that allow you to better spend your time on more income-generating tasks…

This is fair and reasonable in today’s world. However, the lesson from Franklin’s work remains…

Tip Five: The eye of the master will do more work than both his hands

Here Franklin is suggesting that with our ‘Industry’, i.e. our action, we must be steady, settled and careful, and oversee our own affairs with our own eyes. 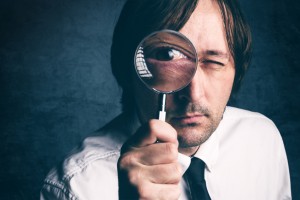 By giving you these skills you will be better equipped to have the eye of the master.

You won’t need to rely on others, people who you may not know and who don’t necessarily have your wealth as their single motivation.

‘Keep thy shop, and thy shop will keep thee’ – Benjamin Franklin

Frugality, on the other hand, is a component where the principles have not changed at all…

I have discussed before the need to reduce and avoid consumer debt or non-investment related debt.

Franklin was very conscious of the cost of debt, and the impact of not controlling your money. The notion of Frugality is that you should only spend on items that you need.

This concept is truer today than ever before given the easy access to credit, and the desire of people in modern society to have everything now…

We live in a society of instant gratification, and everything is available online, making it extremely easy to satisfy the urge for something, even when we do not really need it.

Some simple restraint will save you many thousands of dollars every year, which can be used to grow your wealth.

Tip Six: If you want to be wealthy, think of saving, as well as of earning.

A simple concept that applies to all aspects of wealth creation. Simply put, you want to be saving money wherever possible.

Whether it be from your earnings, or more importantly from your expenses. Pay yourself first, put some money aside from every pay before you start spending…

This is such a simple concept and will benefit dramatically over time from the power of cumulative returns mentioned in Tip Four.

The more diligent you are with saving, the greater your returns will be as time progresses.

I have mentioned before that you need to have a system to manage your money.

This is exactly what this tip is designed to highlight. 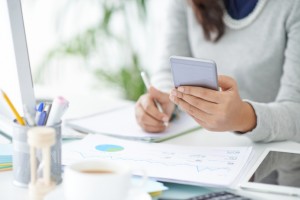 If you spend the time to record where your money goes, you will be surprised at the many small leaks…

Think about it, the extra coffee you had yesterday. The pair of shoes you don’t really need. These are the type of ‘leaks’ that will sink your wealth creation goals.

I have lost count of the number of times people have said to me they can’t DO wealth creation because they can’t afford it…Really?

If you can find $20 per week, that could fund one investment property!

Tip Eight: Buy what you do not need, and soon you will sell your necessities.

An extension of Tip 7 is that you need to stop buying things you do not need. The classic example of this trap is the bargain you got on SALE on the weekend.

An effective way to determine if you have been a victim of this trap is to check your wardrobe and count the number of items you have never worn, or worn only once. But they were a bargain right!

Tip Nine: Always taking out of the pot, and never putting in, one soon comes to the bottom.

This tip is another simple one to explain. If you keep on spending eventually there will be nothing left…

To create wealth you need to spend less than you earn, a simple concept to understand, a difficult one for most to apply.

To solve this problem I created a course that teaches you exactly how to set up your money to support your life, and spend less than you earn. You can get it here.

Tip Ten: Think what you do when you run into debt.

In this tip Franklin explains that if you need to go into debt, you are handing over some control or power over your liberty (freedom) to the banks.

Now I accept that we live in a time where credit is freely available, but it certainly isn’t free.

And the point I want you to take from this tip is exactly that, personal debt comes at a great cost.

He says you should not just rely on your own Industry and Frugality, but instead should seek to gain from experience and the development of knowledge. 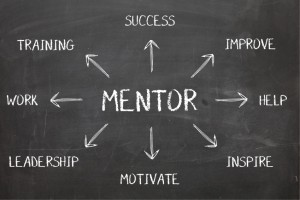 Again, modern society has made the attainment of knowledge simple. You can access information and education on any subject in an instant on the internet.

And you should seek knowledge, for knowledge is the power to you creating wealth…

Tip Eleven: Experience keeps an expensive school, but fools will learn in no other.

Simply put, experience is what delivers the main lessons. You can undertake all the education, attend all the workshops or conferences, and try all the online tools, but the greatest knowledge comes from doing.

Investing is a doing word, and from the doing, the taking of an action, you will gain great knowledge.

However, this knowledge will not come without a cost, for you are likely to make mistakes… and that is okay.

These mistakes will be great lessons that ultimately teach you what you need to do to be successful, to create great wealth.

Don’t be afraid to gain knowledge by being in the game, and don’t ignore the fact that knowledge is readily available to you, just ask!

Tip Twelve: Those who will not be counselled, cannot be helped.

This is another important tip. Franklin explains that you need to be open to receiving help and information from others.

He even suggests that those that are not willing to hear reason will surely be rapped on the knuckles. The rap on the knuckles will come in the form of lost opportunities, loss of money and loss of time.

So there they are 12 of the most powerful wealth creation tips that you can apply today.

Please don’t ignore these lessons for their simplicity. It is the fact that they are so simple that makes them so powerful.

As I have mentioned previously, wealth creation is not hard, you just need to know what to do and how to do it.

At a conference I attended, the presenter, Jeff Walker taught us a very profound lesson that was summarized by this quote:

Let that soak in…

Spend this week being 100% when it comes to your wealth creation.

Let me know in the comments below which of the tips you like the most or the one that you are going to start using.

And share it with your friends or family, there might be someone you know who could benefit from these tips.

Get the 5 Steps to Financial Freedom Course.

The result of 20 years of research of what separates the wealthy from everyone else, and how you can do it too! Includes my Money Planner and Debt Detox Program to help you eliminate debt efficiently and effectively.