This week I had a really positive reminder of the power of action whilst driving to the Nation’s Capital for a conference.

I listened to a podcast (you can check it out here) that reflected on a meeting with Astronaut and author Chris Hadfield. Chris was the Commander in Chief of the International Space Station in 2013 and authored the highly recommended book: An Astronauts Guide to Life on Earth – Life Lessons From Space.

The story of how Chris became an astronaut and the lessons you can take from his pursuit are profound.

When he dreamed of being an astronaut as a child, Canada didn’t even have a space program.

But against all the odds, he worked as a military pilot, a test pilot and up through the ranks of NASA to become one of the most accomplished astronauts in the world.

Hadfield identified early in his life what he wanted to do in life, and then set about, via incremental steps, to make it happen.

His motto was to do something every day that moves you toward your goal. 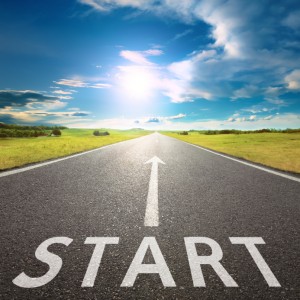 One of the difficult mindset issues that we deal with in life is most people think or assume that a successful person went from having nothing to success with nothing in between.

There is a perception that successful people were able to make this step in a single bound. Sadly, this mindset is just wrong.

In his book, Hadfield outlines how success requires a continual evolution and momentum.

It does not matter how small the steps are, they are still part of the momentum of moving towards where you want to be.

He explains that there is no such thing as an accidental astronaut, and I suggest to you that to create the wealth you want, it won’t happen by accident.

You will find a way to make it happen. Failure will only occur if you don’t go out to find the way, and take action.

Hadfield wanted to be an astronaut when he saw Neil Armstrong walk on the moon. He even told his mother that is what he wanted to do.

His mother explained that there were two problems with that dream, 1) his family were farmers and 2) he was Canadian.

Canada had no space program at all. These two problems did not deter him, not one bit.

He developed a series of small steps to get there, including visualisation. He would visualise everything that he needed to do, including being in space so he knew what to do when he got there.

He had a plan…

Hadfield has a belief that you can train people to be successful. It is simply a matter of having a plan, undertaking the training and executing the plan.

Nobody gets to be successful simply by making it up on the fly.

If you have ever seen pilots of an aircraft during a flight you will know that flying is just a series of checklists. Nothing happens without reference to a checklist.

Hadfield is a big believer in the checklist. A series of actions required to achieve your desired outcome.

In his book Hadfield doesn’t explain how to do anything to be successful, despite having achieved some of the most amazing personal goals, but he explains how he was successful.

Here is a man who at age 9 decided he was going to be an astronaut, realised he needed to get into the air force. No easy step, to become a fighter pilot you are in the top 1% mentally and physically.

He then got a degree in mechanical engineering, then various test pilot schools, then an instructor, then spent time in the 1980’s intercepting Russian bombers over the Arctic, then got his way into NASA, and moved his way forward in NASA.

He then learned Russian to improve his chances. He knew he was going to go to Russia to train because he knew the re-entry vehicle was Russian.

He set his mind to achieve success and he did everything possible to make it happen.

He had a mindset of success and achieved everything that he set out to do.

An important part of his success was that he was able to communicate to those around him what his goals were, what he wanted to be and do.

A key realisation about his success is that the clarity of knowing what you want is extremely important to being able to achieve your goals.

Once you know what you want, set about identifying each action required to achieve it and implement.

Success comes from implementation of the action steps, and the momentum gained from each tiny action adding to the next.

In terms of what I have learned about how to be successful in wealth creation, Chris Hadfield’s book is one of the most helpful, yet it has nothing to do with wealth creation.

He is a doer, has achieved incredible success, in the most demanding of professions, and did it by taking massive action, one tiny step at a time. 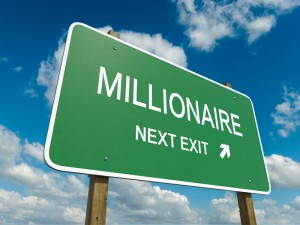 They have their foot on the accelerator. Constantly setting new goals and identifying the action required to achieve them.

So if you want to be wealthy, start identifying the action steps required, get the training required and implement.

What do you want? What do you need to get it? Start planning and taking action today.

If you haven’t already read my report, click the link below to get my free report that includes the formula for wealth. Action is one of the 4 components of the formula.