While we’ve enjoyed relatively strong economic conditions across the globe in recent years, signs are pointing to a downturn in the next few years.

As investors, it’s essential to keep a long-range vision, patiently riding out short-term uncertainty without succumbing to panic, in spite of the foreboding media headlines. Here’s a quick snapshot of where we’re at on the economic clock.

The RBA has held the official interest rate, also called the “cash rate”, at a record low of 1.5% since August 2016. This determines the official rate at which Australia’s major banks can borrow money.

A record low interest rate for more than 2 years means Aussie banks have been able to borrow money more cheaply, which in turn means they’ve been able to offer more attractive (read: cheaper) loans to consumers.

This encouraged spending, increasing demand for goods and services, boosting job rates and economic expansion. Aussies have been making the most of these low rates to mortgage homes. 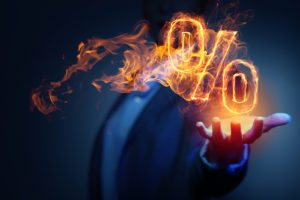 However, interest rates have begun to rise in the US, which is usually a bit of a bellwether of where interest rates could be headed for other countries, including Australia and New Zealand.

Rising US interest rates make the US dollar more expensive while simultaneously decreasing the value of the Aussie dollar.

This means the long phase of record low rates could be drawing to a close. As rates increase so do repayments on loans and we begin to tighten our wallets, ease up on spending which in turn slows down economic growth.

The US Federal Reserve bank raised its interest rates to 2.25% in September this year, the highest recorded since April 2008. While the Fed’s most recent decision was to hold the rate at 2.25% a further hike is expected before the end of 2018 and more hikes to come in 2019.

Commodities are a raw material or primary agricultural products that can be bought and sold, like copper, oil or coffee. Commodity prices fluctuate depending on supply and demand and there is a strong link between commodity prices and global economic growth.

Prices of a particular commodity tend to move higher when the market interprets a lower supply and lower when supplies are higher. 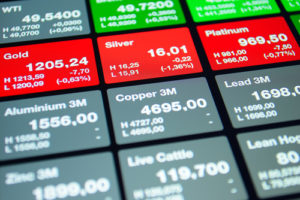 The Bloomberg Commodity Index shows commodities prices fell between mid-May and September, swinging up briefly in October but are now on the decline again.  For Australia and its link to commodity exports, this isn’t great news.

China is the largest consumer of commodities (excluding oil) and escalating trade tension between China and the US has impacted commodity prices.

Volatility in the stock market

Overall, markets have been volatile in 2018 and it hasn’t been unusual to experience massive swings in both directions in a single day.

In recent weeks the stock market has been especially choppy, rising interest rates in the US and the possibility of sharply contracted global economic growth have been pointed to as culprits.

While it’s impossible to predict with certainty, some noted investors and economists have warned that we are on the doorstep of a stock market crash, with stocks falling by more than 20%. Others forecast a healthy correction rather than an all-out bust.

Only time will tell but either way, in a volatile market, it’s a smart choice to ensure your portfolio is diversified, with a mix of stocks, property and bonds. Diversification lowers your overall risk, helping protect you from major loss; if one of the investments you have completely tanks, it won’t sink your entire portfolio.

Led by Australia’s most expensive housing markets, Melbourne and Sydney, prices of Aussie homes have been steadily declining in 2018 and auction clearing rates have now fallen well below 50% in these two cities. Housing booms don’t last forever and we’re definitely in the downturn phase of the property cycle.

In spite of an accelerating house price decline, the RBA kept the official interest rate at a record low 1.5 per cent for November, unchanged for the 27th consecutive month. 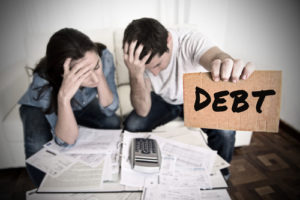 In comparison to income, Australian household debt has risen substantially in the past decade and we’re contenders for the country with the highest household debt in the world.

As we have so much money tied up in mortgages, as the housing market continues to fall this has a knock-on effect on household spending. As pointed out earlier, basically we’ll be cutting back on expenses which slows overall economic growth.

All of this makes for a difficult investing environment. It is not entirely normal for all of these factors to be presenting at the same time. It is making investing a little more difficult, mainly since it is hard to know which asset class is going to perform in the short term.

However, the key is long-term consistent investing. Consider safe-haven investments like cash (bonds, term deposits) and precious metals, in the short term. Don’t let uncertain economic times in the short-term spook you; keep investing. It may just mean spreading your money across more asset classes until we get a clear direction.

Leave me a comment below and let me know what you are investing in right now.

1 thought on “The Economic Clock… Where Are We Now”