I have been hearing a lot lately that debt is a major concern for you in your wealth creation journey. The question has been raised many times, how do I eliminate debt?

Before I get into the ways that I think are best and most practical for you to eliminate debt, I want first to explore the psychology of debt.

The psychology of debt is effectively a battle between two of your brains… there are three in case you were wondering.

Every day there is a battle going on inside our heads between two parts of our brain for control of what you do.

There’s the thinking, sentient, rational part of our brain called the prefrontal cortex. It’s the part that acts like the responsible adult, thinking about the future, and not getting carried away with the present.

It’s usually the section of the brain that gives the warning signals, like ‘whoa…maybe that’s not such a good idea’. Some may call this the boring part of the brain 🙂

The second part of the brain is the limbic system, which has been called the Lizard brain by Seth Godin or the Monkey brain by Eben Pagan as it is the same system that we share with monkeys. 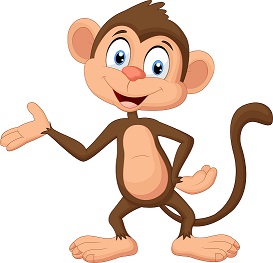 The limbic brain, or monkey brain, it wants fun, and wants it right now.

The monkey brain is the one that tells you that eating ice cream while you’re on holidays doesn’t count because you can start your diet as soon as you get back from holidays, only to come up with another excuse when you get back, like you can’t start a diet on any day that ends with a ‘y’.

When it comes to debt, marketers have developed professional techniques to talk to your monkey brain, they are highly skilled and effective.

Simply reframing the discussion has you thinking about these small monthly payments, which seem manageable and tolerable… but you don’t think about the fact that you will be making these payments for 36 or 48 months and paying a lot more for the car then it is worth.

You end up stranded in five years with a back breaking debt because you absolutely had to have that ‘insert relevant thing here’ instead of saving up for it and paying in cash.

Sure, the pain is not the same, but it is still there, you are experiencing a sense of loss when you hand over the cash…

Handing over a credit card doesn’t light up these pain centres in the brain because you don’t pay for it straight away, future self can worry about that when the bill comes in.

So monkey brain makes hay while the sun shines…

For example, when you are looking to buy a home, and you find one that you fall in love with straight away, but it is $50,000 out of your budget…

Monkey brain will tell you that there will never, ever, be another one like it, and that you have to have it now or you will end up living in something far inferior that you will hate.

These are just 4 ways that you are being tempted to accumulate more debt in this modern world. You are constantly in a rush to keep up with everyone else, to fit in.

You are spending money you don’t have now which is preventing you from taking action to achieve your dreams, of achieving the financial freedom you desire…

These techniques all effect your mindset.

The Secret to Paying Off Debt

Statistics across the world vary slightly, but it is reasonable to suggest that the average household has consumer debt of about $10,000.

If you add student loans to this the number explodes dramatically… and then there are other potential debts such as medical bills and personal loans. 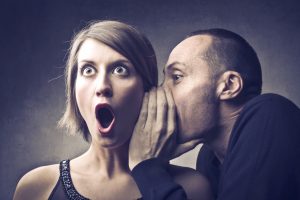 So the secret to paying off debt that I discovered when studying the work of Dave Ramsey, is to pay off your smallest debts first… wait what?? That doesn’t make sense!

The common theory of financial advisors is to tell people to pay off their largest loans first because they are the ones costing them the most money, makes sense right.

But the problem with this advice, which Dave Ramsey explains so effectively in his book The Total Money Makeover, is that you will suffer overwhelm and submit to temptation long before you pay off the largest debt…

The mindset is simple… you will convince yourself that a few hundred dollars won’t make much of a dent in a big debt so I may as well buy that designer watch or dress or shoes now.

However, by paying off your smaller debts first you build momentum and gain motivation.

By completing the smaller tasks, that is paying off some smaller debts first, you get a boost in motivation.

This boost in motivation helps you tackle the larger debts…

Researchers have found that as you near completion of a task you will work harder to get it done.

So by tackling your smaller debts first, you break your debt problem into manageable tasks which enables you to stay on track and eliminate debt faster.

These small initial wins build a stronger mindset and greater motivation to succeed which ultimately could prove to be your winning formula for beating the monkey brain.

So now that you now the psychology of debt, and the secret to eliminate debt faster, here are some techniques to use to tackle your debt problem:

The first step in taking positive action and getting out of the hole is to acknowledge that you got there in the first place. Sure life may have dealt you a bad hand, but you chose to get into debt…

Now you’re choosing to take the steps required to eliminate debt, to get out of the problem.

This is a very empowering step, giving yourself permission and control to address the problem. Stop living in denial.

Figure out why you are in debt and stop doing the things that cause the problem. I have written before about the habits of the wealthy, which includes living within their means…

There is a pattern of behaviour that you will recognise that explains why people stay in debt, it goes like this: 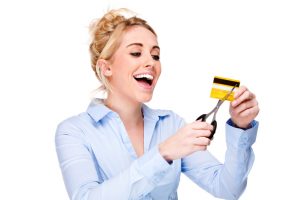 Changing your behaviour more than likely requires you to tone down your lifestyle and live within your means. It requires that you break this cycle.

Again this is something that I have mentioned many times in the past. Any aspect of wealth creation requires action, and to eliminate debt, you have to take action.

The Zeigarnik Effect was named after waiters who got distracted while trying to give their customers’ orders to the kitchen in restaurants. The waiter would get distracted, but the order would keep rattling around in their brain until they could give it to the kitchen.

Your brain hates unfinished tasks and will annoy you until you get it done. So, once you start the process of paying off your debt, the Zeigarnik effect will kick in and drive you nearly insane until you’re done…

And the faster you want to become debt free, the more you have to earn above and beyond what you spend.

Here are three ideas of ways to earn more money;

Now I want you to understand that the most important step in your ability to eliminate debt is to take action, you have to start and you have to do something.

So to help you get started, post a comment below of the one thing you will do this week to get started to eliminate debt…

It could be as simple as cutting up a credit card, or applying for a higher paying job.

Here is a list of 73 debt elimination tips that might give you some inspiration. Go ahead check it out and don’t forget to post a comment below of the one thing you will do this week.

9 thoughts on “How to Eliminate Debt”