The cost of inaction is stark and it’s a reality…

Here we are folks, still early in 2019 but January has already slipped away.

What did you achieve in this first month?

Did you get stuck in to those resolutions you set or was it more a case of, “Hmmmm…..I’ll just ease into the new year and REALLY get started in February…”

This kind of thinking leads to a slippery slope of inaction.

*Suddenly* it’s March and nothing has changed. Weeks keep flying by and June rolls around.

Now you decide you better really get cracking…you take a few steps forward but haven’t totally committed to your goal….. so….. 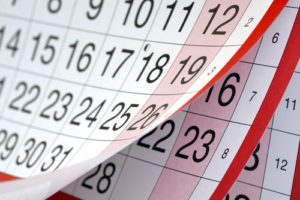 December 31 2019. You’re wondering where the year went, still feeling frustrated by your financial situation and writing down more (probably the same) resolutions for 2020.

It’s too easy to drift through the years without ultimately getting any closer to where you want to be financially.

Nothing trumps action when it comes creating financial freedom. Or any life success for that matter.

You can read all you the books you want, take a crazy amount of notes and study all the success techniques in the world. But without action, it doesn’t mean a lot.

“Knowledge is only potential power. It becomes power only when, and if, it is organized into definite plans of action, and directed to a definite end.” – Napoleon Hill (Think & Grow Rich)

The great news? YOU have the power to take action NOW. The ball is in your court.

Small consistent actions are better than big bursts of activity followed by months of inaction.

The Compound Benefit of Tiny Decisions

The course of our lives aren’t just determined in those big, scary leaps of faith or momentous occasions.

Success (and failure) come down to the tiny decisions and actions we take (or don’t) every single day. 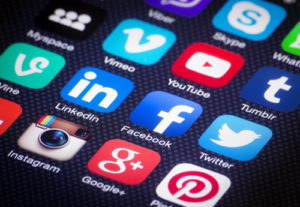 The routine stuff. The stuff that’s not exciting enough to shout about on Facebook.

They’re often quite mundane but those small, consistent actions are the real game changers.

Your financial situation right now is a direct reflection of how much of the action or inaction you’ve been taking with your money.

Your Right to Choose

I understand things happen beyond our control. BUT, however circumstances out of our control play out, in the aftermath we can choose to take action that will set us on the right path.

In fact, I would suggest that the outcome is something you chose anyway.

Just as our finances increase over time thanks to the magic of compound interest, the value of consistently taking the right actions, no matter how small, compounds too.

You might not see a change immediately but in time you’ll experience an incredible shift in your finances and life as the power of consistent, persistent action is revealed.

And it all starts with taking the first step.

The Value of Taking Action Now

Whether it’s creating your first spending plan, paying an extra $100 off your credit card debt or investing 10k, you’re a step closer to achieving your best financial life.

As soon as you begin to take action, you get feedback on your strategy

If the plan isn’t working, you can make adjustments to your course, eventually hitting the sweet spot for success. For example, you set up your spending plan without enough. Or, it might be making an adjustment to further diversify your portfolio 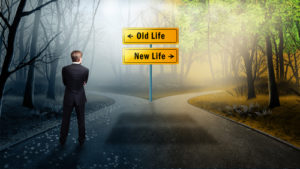 Waking up in the middle of the night stressed about bills or financial uncertainty? I hear you. This was once my life too. While you can’t resolve everything at once, taking some kind of right action can help ease the stress. Why? Because taking action helps you regain control. You might be a long way from where you want to be but by moving into the driver seat, you’re taking charge.

Investing is a perfect example of this. Many people are afraid to take action and begin investing because they feel like they don’t have the skills and don’t know where to start.

Well, nothing about that is going to change without taking some initial action. Any big goals, financial or otherwise, will more than likely require you to learn something new.

It might be a challenge in the beginning, but eventually, through consistent action, you’ll develop a new skill. Who knows, you may  fall in love with investing and wonder why it took you so long to get started! And actually….it’s a whole lot easier than you think!

The Cost of Inaction

Many people sit and wait for something to happen in their lives. However, refusing to take action and produce the results they want comes at a big cost.

There’s a reason we hear ‘the sooner you start, the better’ over and over again when it comes to saving and investing. I talked about the power of time and compound interest in detail here, but let’s take a quick look at an example:

Let’s say you’re 20 years old and start with an initial investment of $1000, make a contribution of $100 each month and receive a compound interest at a rate of 7% per year.

What does that tell us? It’s better to start sooner with less then try and catch up with larger amounts later. Start where you are now with what you have.

Some doors will never be opened to you again. There may opportunities that come your way in life (financially or otherwise) that require decisive thinking and immediate action if you are to reap the rewards.

It’s important to note that taking small actions can set you up to take BIG action when the opportunity presents itself.

Nothing will change and you’ll live with regret

If nothing changes, nothing (or very little) changes.

How long do you think it will reach one of your big financial goals? 3 years, 6 years, 10 years? 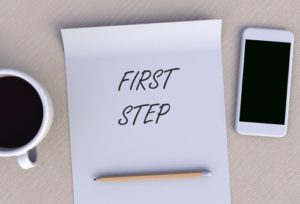 Those time frames might seem long now, but putting off getting started won’t make it happen any quicker. That seems obvious but so many people put off taking action on things that are never going to get any ‘easier’ to achieve.

Imagine the regret you’d feel looking back 3, 6 or 10 years from now and realising how different your life would be if you’d just taken the first step today.

“The only way to get started is to quit talking and begin doing.” Walt Disney

Actions will define your financial success and life legacy. What actions are you going to take today to move towards your goal?

If you are looking for an easy way to take action, keep an eye out for the next OPENING of Investing Bootcamp. It is coming shortly and you won’t want to miss out this time.

2 thoughts on “The Cost of Inaction”